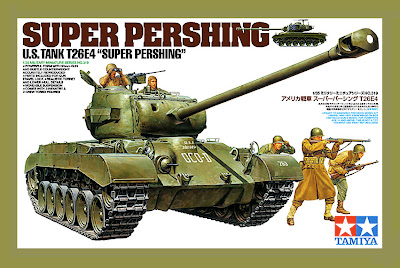 SMN report on the Tamiya T26-E4
As World War II was drawing to an end, the M26 Pershing was coming into service in Europe, and was the first US tank that could take on powerful German armour such as the Tiger I and Panther on reasonably even terms. Tamiya’s 1:35 scale kit represents the T26-E4, a developed version of the Pershing, armed with a long-barrel 90mm main gun with enough power to throw armour-piercing shells punching through the front plate of even the ultimate German tank, the King Tiger.

What’s in the box?
This 1:35 scale kit is well up to the standard set by Tamiya over the years, and when assembled has a length of 293 mm (11.5 in) and width of 101 mm (3.98 in). There’s a nice suspension setup that allows the road wheels and tracks to follow terrain contours - a good detail if you like putting scale armour into dioramas; few things spoil a display quicker than straight tracks over bumpy ground. Various parts and accessories are included, including the T26-E4’s turret counterweight, as well as neatly moulded ammo cases, and a set of very convincing figures - three infantrymen and two crew, though the latter each exist only as a legless torso - there's no room for legs in this tank model! 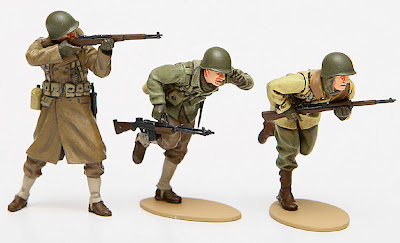 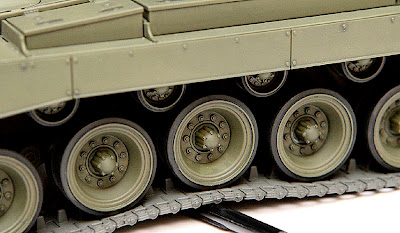 Farewell Super Pershing
The tank was not widely produced: although 1000-plus were planned, World War II came to an end before the production run got properly underway, and the order was cancelled. Even so, many design elements were incorporated into tanks that saw service in later years. 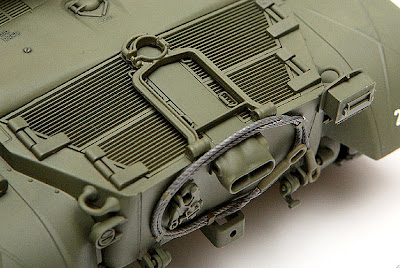