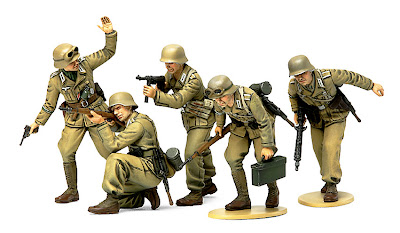 SMN report
A useful release for 1:35 scale military fans is this group of five World War II Africa Corps infantrymen. The figures include an officer, NCO, rifleman, machine-gunner and loader. As usual with Tamiya, detail is precise and plentiful, with uniforms that feature goggles, boots, helmets and other equipment.


1:35 scale insignia decals from Cartograf
Tamiya works closely with Italy's specialist decal company Cartograf, and this latest set is well up to the high standards that have won Cartograf so many clients in the scale model world. The World War II  German Military Insignia decals are for Africa Corps, Military Police, and Waffen SS uniforms, and there are medals and armbands, as well as insignia. 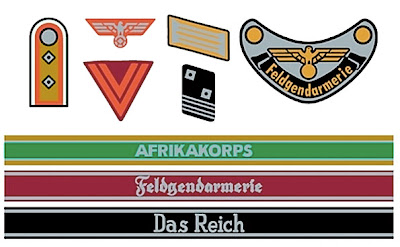