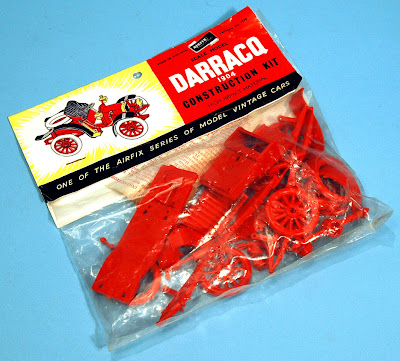 A blast from the past with Mat Irvine
Given the nature of this website, most pieces here tend to be in the ‘what’s new’ category. However, others can turn up by serendipitous coincidence, such as this example. 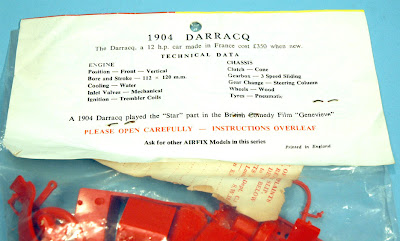 Treasure chest of models
I was recently in that modellers’ gold-mine, Comet Miniatures in south London, an establishment run by an old friend of mine, Tony James. Even when I’m sure I know what’s in every nook and cranny, the place can still turn up surprises. I was rummaging about in the ‘second hand’ shop, when all of a sudden I noticed the very first issue of the Airfix 1904 Darracq from 1956, in (of course) a period polythene bag, with paper header containing the instructions. 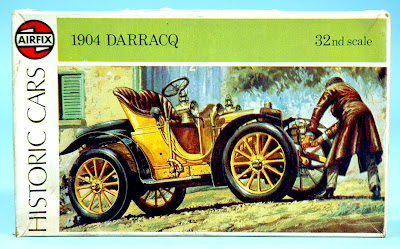 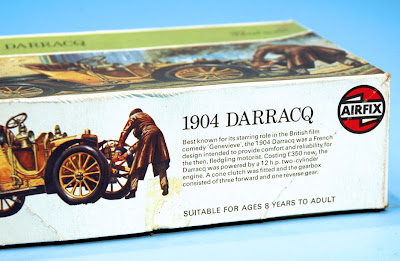 French car in a British movie
Why would I be particularly interested in a 1904 Darracq? Well, it was one of the very first ‘Star Cars’ - cars that have had ‘starring roles’ in movies and TV series. And this of course was the automotive star (even though it was a French car) of a classic 1953 British movie Genevieve. The film - its background the annual London-to-Brighton Veteran Car Run - was a smash hit in the UK, although the kit didn’t shout out the connection. Unlike, say, Airfix’s later Goldfinger Aston Martin, it just pointed out the link in a quiet line of text on the back of the header. 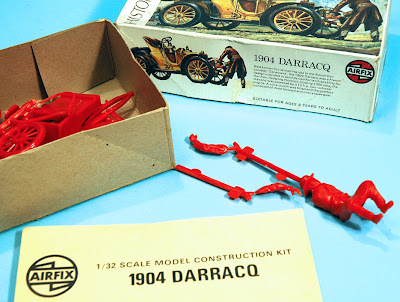 Reissued over the years
As with most Airfix kits, the Darracq has been reissued over the years, and was later transferred into a box - the one here dates from 1975 - plus an added driver figure, although this unfortunately this didn’t match the appearance of John Gregson, the actor who played the driver. The kit didn’t quite match the movie car either, but by making a few additions, painting the correct colour scheme, and using appropriate number plates, I ended up with a more accurate, and very unusual addition to my collection. 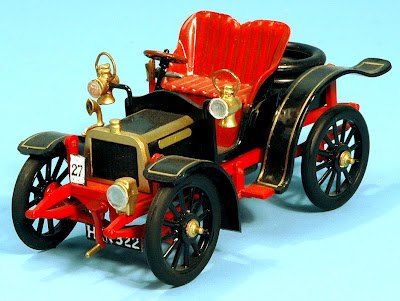 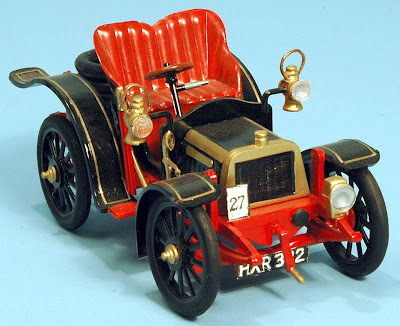 A question of scale
There is one other factor that is not immediately apparent. The vast majority of Airfix car kits have been to 1:32 scale, (notable exceptions being the Bond cars). Consequently, although the Darracq is listed as ‘1:32' scale, it is not. In fact, the scale is 1:25, a fact pointed out by American model car expert Dean Milano, mainly as his large collection of car kits are only in 1:24 or 1:25 scale - but he added the Darracq because, as he pointed out: “It fitted in”. 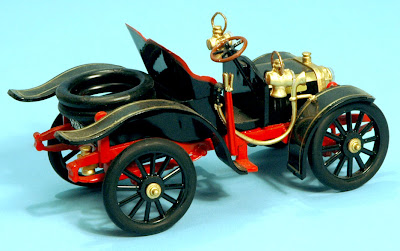 Visit Comet Miniatures here.
Visit Dean Milano here.
The pictures show, top to bottom:
1  The first issue Airfix 1904 Darracq, dating from 1956.
2  Back of the header sheet, revealing the line about Genevieve. This is almost certainly the second earliest references to a ‘Star Car’ in a model kit.
3  A later, 1975 issue, with the kit now in a conventional box.
4  However, the packaging still mentioned the movie connection, this time on the box side.
5  A driver figure was included by now, in common with many of the original Airfix veteran car kits.
6-8  The Airfix Darracq, modified ever so slightly into a fair replica of Genevieve.
Email ThisBlogThis!Share to TwitterShare to FacebookShare to Pinterest
Labels: Airfix, Comet Miniatures, Darracq, Genevieve, Goldfinger, John Gregson, Tony James
Newer Post Older Post Home