ANOTHER BIG ONE FROM CHINA - TRUMPETER A-4E SKYHAWK 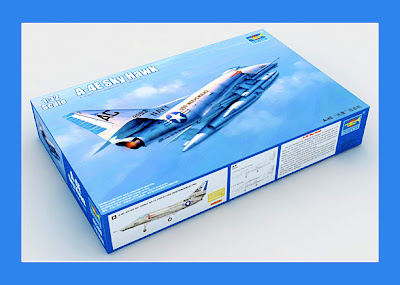 David Jefferis looks at a miniature masterpiece
The A-4 Skyhawk was designed by Douglas Aircraft’s Ed Heinemann to be a bantam-weight carrier aircraft. Simplicity ran through the whole design, from a tiny wing that needed no folding mechanism, to leading-edge slats that worked without complex actuators. In fact, the A-4's small and nimble design tipped the scales at just half the weight demanded by the US Navy specification.
Heinemann's hot-rod
The A-4 has been around a looong time - its first flight was in 1954, and a few air arms are still flying ‘Heinemann’s hot-rod’ even today. Many A-4 kits and diecasts have been released over the years, with no real bunny-boilers among them, so news of ‘another A-4’ wasn’t much of a showstopper. And yet this 1:32 scale A-4E kit from Trumpeter is different, in many ways raising the bar for models of this classic combat jet. 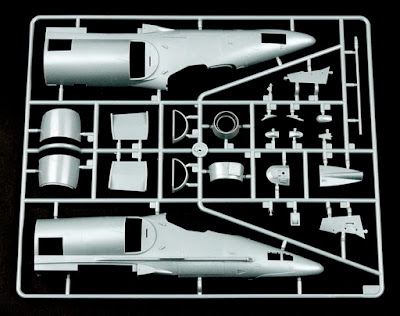 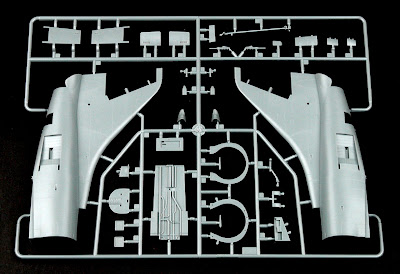 What’s in the box?
Like the Trumpeter GR7 Harrier we looked at earlier this week, the box is packed with parts, more than 470 of them, on 16 runners, plus photo-etch components, optional metal sections for the undercarriage, and a set of soft-feel tyres. Again like the Harrier, Trumpeter has chosen a multi-part breakdown for the fuselage, with separate fore and aft assemblies. The finished model measures 411 mm (16.2 in) long, with a wingspan of just 261 mm (10.3 in). 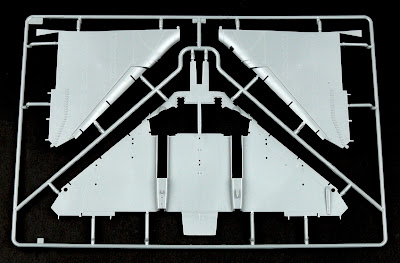 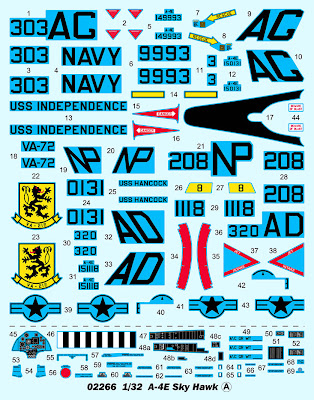 Colour schemes
The A-4's longevity means that there is a wealth of markings to choose from. Trumpeter supplies full decals for US Navy machines (see pic above), but there is a galaxy of choice, though different versions may need suitable mods to the kit itself. Current A-4 operators include Singapore’s air arm, which uses them as advanced trainers. The picture (below) is an A-4SU, taken in 2002 by James Lotz, US Air Force, at which time Singapore’s Skyhawks were still front-line machines. 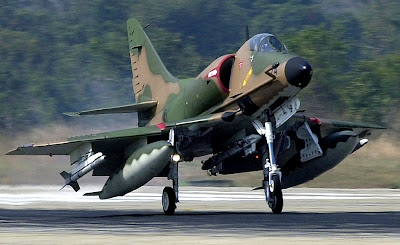 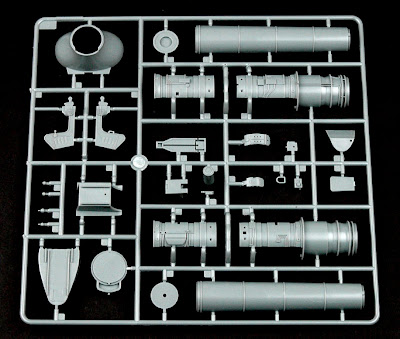 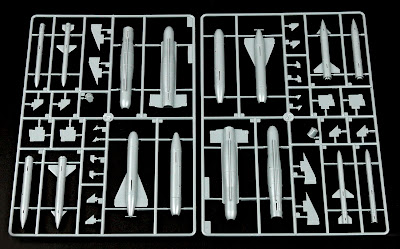 Flying the Brazilian flag
If you’d like to model an currently operational A-4, then try the Brazilian Navy. The pic (below) shows an A-4KU manoeuvring on deck, just before launch from the aircraft carrier Sao Paulo. Note the two-tone camouflage and small anchor symbol on the fin. 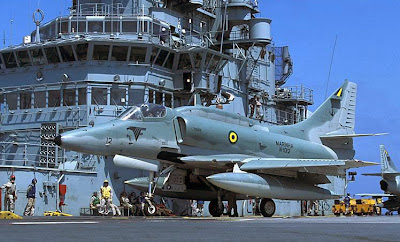