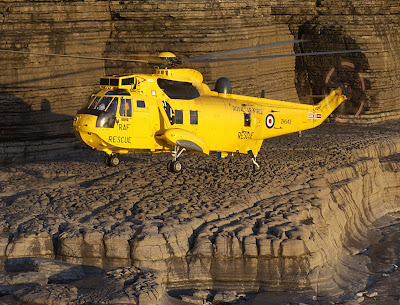 SMN report
We’ll be joining the two billion or so TV viewers later today, but there’s just time for a quick look at some of the aircraft flown by British royalty - who knows, there might be a model there somewhere, perhaps a Westland Sea King like the above. 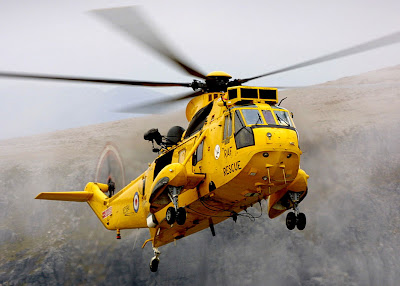 Prince William is a serving Royal Air Force officer, flying Sea King Search and Rescue helicopters. To the best of SMN’s knowledge, there are no special ‘royal’ markings, but the helicopter makes an attractive model in any scale, though here’s a request to manufacturers out there - how about a really BIG Sea King? The largest we know of is the Bravo Delta 406 mm (16 in) long mahogany display model, though it’s not cheap, and made to the somewhat odd 1:42 scale. The Sea King is a popular machine that’s been around for more than three decades, and that’s without mentioning the original Sikorsky S-61, from which the Westland version was developed. Plenty of scope there then! 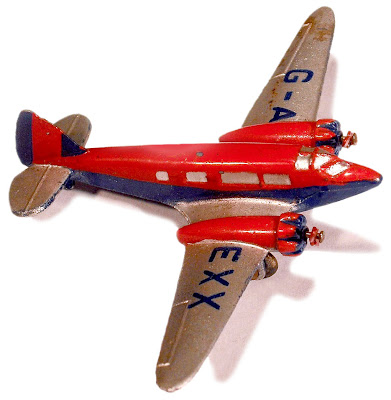 King’s Flight Airspeed Envoy III in Dinky Toy model form.
King’s flight formed
Dedicated royal aircraft go back to 1936, when the King’s Flight was formed, using Edward VIII’s own de Havilland Dragon Rapide biplane. The following year it was replaced by a streamlined monoplane, a twin-engine Airspeed Envoy III. The Envoy was painted in suitably royal red and blue, and this was captured neatly by Dinky Toys, including the registration mark G-AEXX. The Dinky Envoy was produced in various colour schemes, from 1938-1941. The picture here, kindly supplied by Andy Dingley, shows the model as it is today, a survivor from the days of the British Empire, more than 70 years ago.
Time to buy?
Prices for collectibles like this vary hugely, depending on rarity and condition. A recent Envoy in blue, complete with propellers, went for the very affordable £42.55 GBP ($70.82 USD). A Royal Envoy in similar condition could fetch much more, especially with its propellers on, which the one we show here lacks. 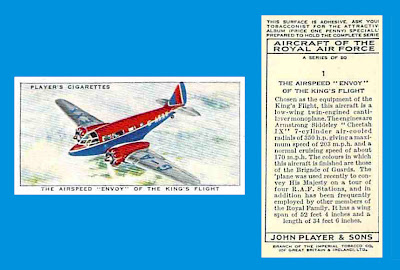 For a cheapo bit of memorabilia, how about a contemporary cigarette card? This one is for sale on eBay, price at this moment just £2.48 GBP ($4.1 USD). 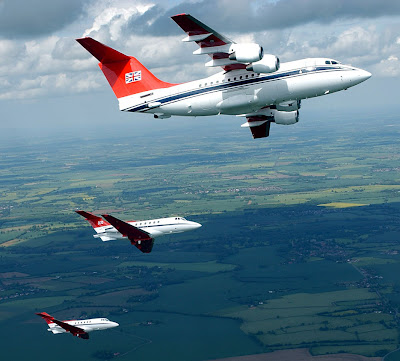 Aircraft operated by No 32 (The Royal) Squadron include the BAe 146 and HS 125.
Royal aircraft today
Coming up to date, there is no longer a dedicated King or Queen’s Flight. Instead, the task is undertaken by No 32 (The Royal) Squadron, and the days of brightly-coloured royal aircraft are gone too. Thanks to perceived threats from terrorists and the like, aircraft are now finished in plain, relatively anonymous markings. Something of a shame there, and a sad reflection on the times. So for model makers, the best aircraft to pick go back a few years, and these are the ones we show here. 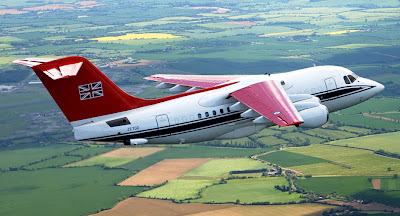