David Jefferis reports
Here are two new resin-based models from the French outfit OttOmobile, both to 1:18 scale. As OttO says of the model car business: “Pressure was stronger than in the real car business, but the product was so nice”. And these models look nice, too, though you’ll have to be quick as OttO’s pre-ordering philosophy means their releases often sell out very quickly indeed.

Matra Bagheera sports car
The latest OttO model depicts the Simca Matra Bagheera, a handsome mid-engined sports car made from 1973-1980. OttO has produced a very neat model, with interior detail that looks wholly accurate. The model is finished in black and green, though future issues will doubtless come in other shades, and for anyone interested in Euro performance cars of this period, definitely one for the collection. 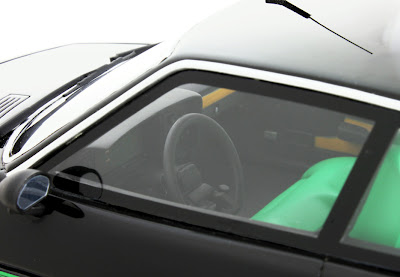 Three-seater car
The real thing was unique for being the only vehicle of its kind to have three seats, and was quite useful as sports cars go, as it had a hatchback rear, with a flattish load bay under the glass. Body styling was the work of a Greek designer, Antonis Volanis. At that time, Italians such as Pinin Farina, Giorgetto Giughiaro and Giovanni Michelotti were stars in the auto-styling firmament, but Volanis worked well with the French, his best-known work probably being the first Renault Espace people-carrier.
Silver Lemon award
Sad to say, the Bagheera earned few friends for its build quality, as the chassis had no rustproofing at all. The plastic body panels were no problem of course, but poor build earned the decent-looking machine at least one ‘Silver Lemon’ award. Funny that - in the same period I had an AlfaSud Sprint, a very fast and pretty four-seater, and it too had similar problems. Mind you, rust was less of an issue than the fact that it wouldn’t start at random moments - really handy when taking a girl home after a late night party... grrr!

Peugeot 205 Turbo 16
The other new OttOmobile is the super-hot wide-wheel Turbo 16, though it’s been sold out, unsurprising perhaps as the real thing (just 200 were built) was a fire-breathing race winner, and something of a French national hero. It’s a good looking model, detailed appropriately, and with an interior that includes the special seats Peugeot chose to include on the real one, specially emblazoned with the large version of Peugeot’s symbol, a lion rampant. 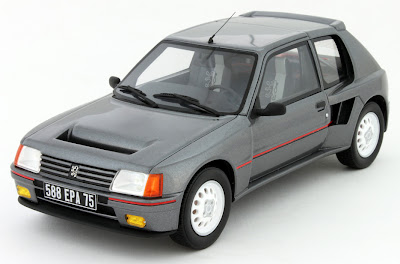 Win an OttOmobile model car
Don’t forget OttO’s monthly Lucky Draw chance to win a model car, so visit the OttOmobile website and enter the competition - just answer a simple question, and you’ll be in with a chance to win 'model of the month' for free!

To finish off, here's another OttO, the simply drop-dead gorgeous Renault Alpine. It's one of my all-time fave designs, especially with that combo of metallic blue and red wheels - IWOOT! 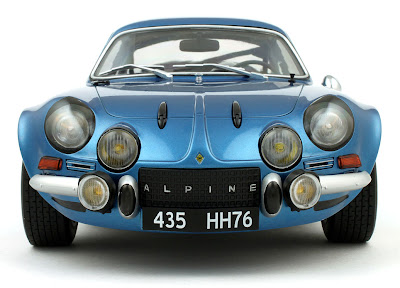 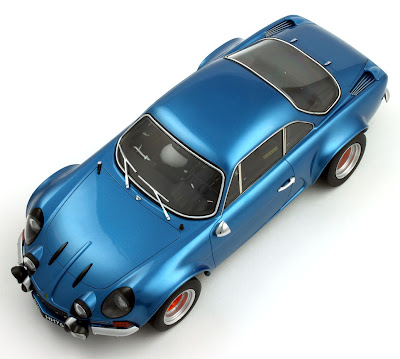