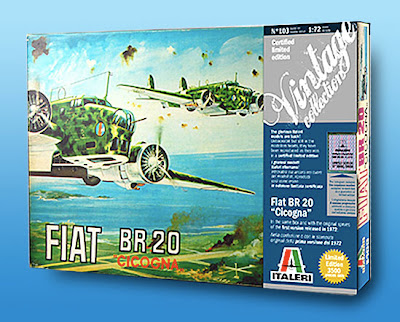 SMN report
You have to hand it to Italy - the food tastes great, the sights are wonderful, the women gorgeous, and now we have Italeri showing us the Latin way with words to describe its new re-release Vintage Collection: “The glorious Italeri models are back in our catalogue!”
Fiat's flying stork
Well, the first ‘glorious’ model, due in May, is a 1930s Italian bomber, the twin-engined Fiat BR 20. This aircraft first flew in 1936, and for its time had advanced, mostly-metal construction. It became a widely-used medium bomber, though rather overshadowed by the much more numerous triple-engine SM 79 Sparviero. The BR 20’s first combat action was on the Nationalist side in the Spanish Civil War with the 35th bomber Group, named ‘Le Cicogne’, or Storks, hence the aircraft’s name. In its various versions, nearly 600 BR 20s were made, and some were exported, with small numbers flown by the air arms of China, Croatia, Hungary, Japan, Spain and Venezuela. The pic below shows an early BR 20 inspection by 'il Duce' the dictator Mussolini. 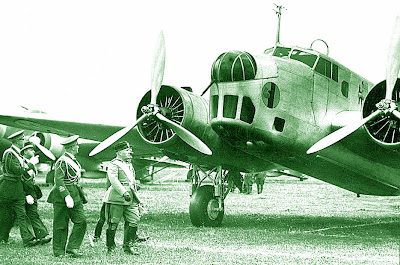 Historical value
The Italeri BR 20 was first released in 1972, so that’s nearly four decades of kit history we’ll be looking at when it’s released, not forgetting that the year also marked the tenth anniversary of Italeri’s founding. To 1:72 scale, the assembled aircraft will measure some 210 mm (8.25 in) long. As fans of inter-war aircraft of all sorts, the SMN crew will be eager to open the box come May Day. We’ll have to be quick though, as this will be a Limited Edition, marked by the hologram on the box (below). 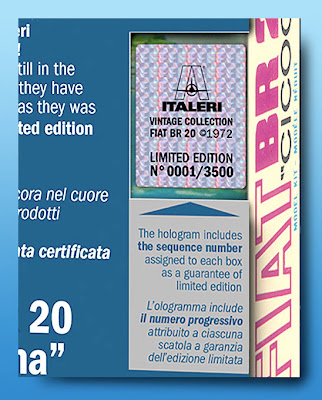 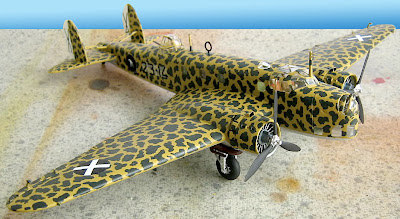