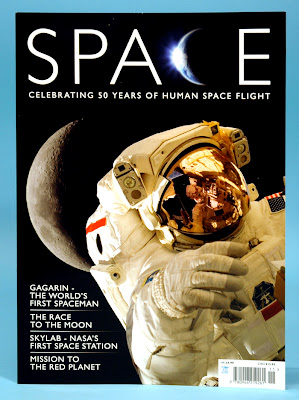 Mat Irvine reports on a magabook for space fans
Space is a colourful new release from Key Publishing, the outfit behind the recently-launched Airfix Model World magazine. Space is written by David Baker, a well-known space writer, as well as once being a NASA space scientist. 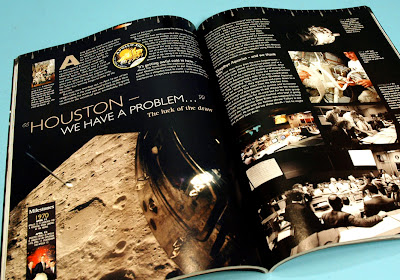 Chronicle of the high frontier
Space has 134 full-colour detail-packed pages, so there is much to pore over. Information includes details of space exploration - early American rocket plane flights, the launch of Sputnik 1 and the Space Race, if it ever was one, between the US and Soviet Union. The latter certainly took an early lead, with Yuri Gagarin’s historic orbital flight of 12 April 1961, even if the Americans were not far behind with the Mercury capsule program. 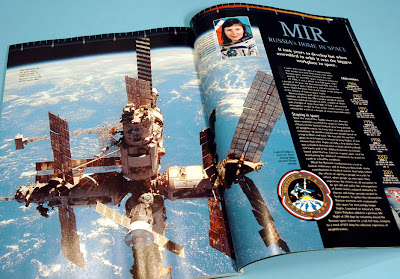 Later missions covered
Space goes on to chart the later missions from both nations, culminating with Apollo and the Moon landings, then goes on to Skylab of 1973, and the Apollo-Soyuz Test Project of 1975. The Space Shuttle is, not surprisingly, well covered, though somewhat ironically Shuttle flights end later this year, after three decades of missions. Space features separate sections on the Hubble Space Telescope, Mir, and the International Space Station, finishing with a brief look at what the future could bring.
Useful information
For space modellers, the book is definitely worth a look, as the pages are packed from cover to cover with excellent pictures. And these can form an excellent reference file for adding those extra detail and weathering touches. 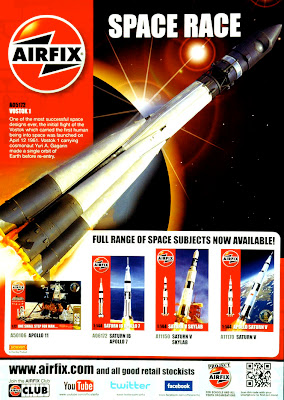 Vostok kit in 1:144 scale
The only solid reference to modelling in Space is a passing one, with the back cover advertising five recent Airfix space kits. But as you’ll note from the pic above, the ad’s lead item is Yuri Gagarin’s Vostok, made to 1:144 scale. Watch this space for a closer look at this very interesting kit.
Space makes a solid ‘curl up with a book’ choice. It is available from magazine stores, price £4.99 GBP ($13.95 CAN)
The pictures show, top to bottom:
1  The cover of Space features a suited astronaut with the Moon behind.
2  Double page spreads are packed with pictures and reading matter. This one features the near-disastrous Apollo 13 mission.
3  The Mir space station spread highlights the visit by UK astronaut, Helen Sharman.
4  Back cover showing recent Airfix space issues.
Email ThisBlogThis!Share to TwitterShare to FacebookShare to Pinterest
Labels: Airfix, David Baker, Hubble, ISS, Mir, Shuttle, Skylab, Yuri Gagarin
Newer Post Older Post Home