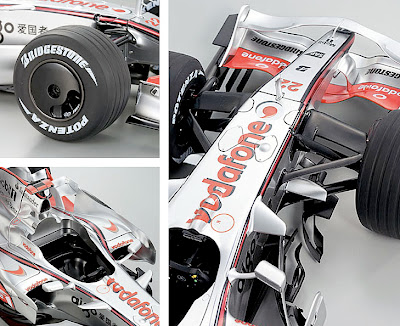 The 2008 F1 Championship winning McLaren MP4-23 race car is the latest offering from partwork publisher DeAgostini, and the launch issue looks terrific. The 1:8 scale kit will measure some 594 mm (23.4 in) long when assembled, and has been developed with Kyosho, so should build into a fine replica. How long it will take to collect all the necessary parts is not revealed. 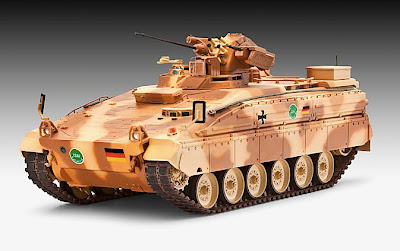 A recent AFV from Revell is the 1:35 scale Marder 1 A5, with supplied markings as used in the Kosovo and Afghanistan conflicts. The 196-part kit has detailed Milan missile launcher, machine gun and tracks, aspects which have earned it some very good reviews. 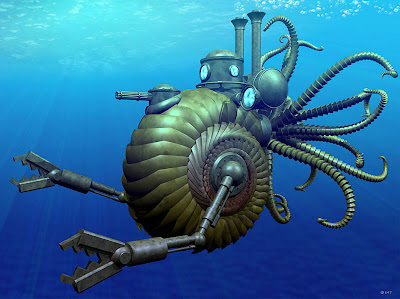 We were looking again at the old Disney 20,000 Leagues under the Sea movie the other night, so this steampunk design for a Victorian-era undersea device struck a chord. Lovely thing, and it would be wonderful to see one built, complete with motorized tentacles and snapping claws. 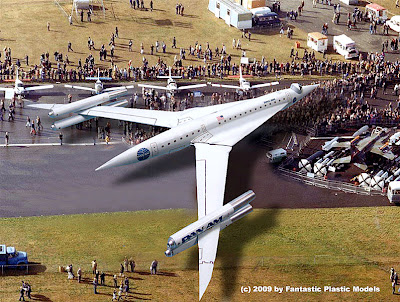 More nostalgia, with this 'what if' Barnes Wallis Swallow from Fantastic Plastic, shown as it might have appeared at a mid-1960s Farnborough Air Show. The Swallow was a hugely advanced concept, though the thought of controlling yaw in the event of an engine failure - without even a rudder to help - doesn't bear thinking about. 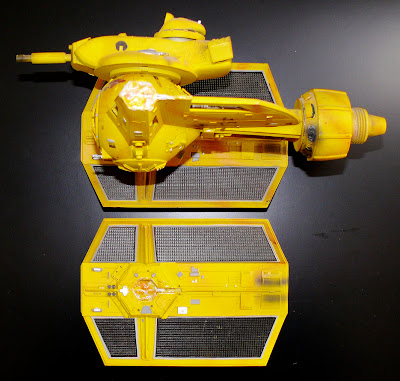 TIE fighters are popular items for sci-fi fans, but here we have a modded F/A-1 attack version, equipped with heavy calibre top turret for taking out those upstart rebels. The F/A-1 is designed for exo-endo atmospheric action, and comes finished in desert camo, suitable for planets such as Tatooine. The turret is an ex-Walker Bulldog item from the parts bin, the tail-mounted power-boost system a garden hose nozzle. 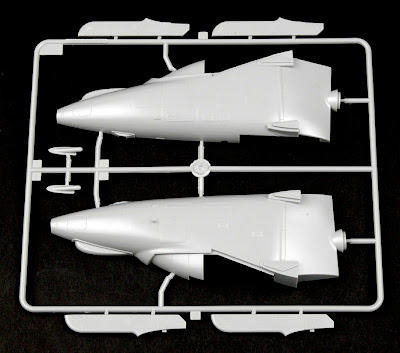 The Trumpeter 1:32 scale Harrier shows how component breakdown may change when kits grow in size. Instead of the conventional fuselage split into two full-length halves, here we have a multi-section assembly, with nose and tail sections each as sub-assemblies. 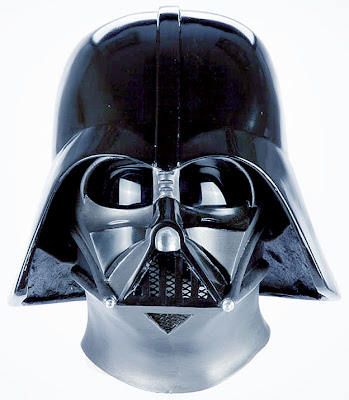 Star Wars again, with: "I feel the Force, Luke..." A complete Darth Vader movie-prop costume, reckoned to be from The Empire Strikes Back was on sale at a Christies auction not long ago. But fan pockets proved not deep enough - bidding ground to a halt at 'just' £151,000 GBP ($242,000 USD), well short of the doubtless sky-high reserve. 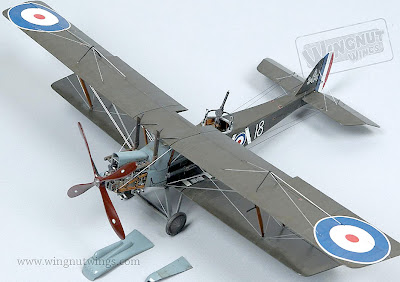 The gorgeously detailed 1:32 scale RE8 'Harry Tate' earns a must-have rating for World War I flight enthusiasts. It's from the down-under kitmasters, Wingnut Wings.