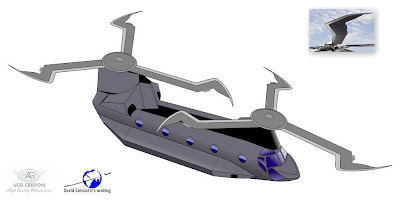 SMN report
The expert Italian aviation team of David Cenciotti and Ugo Crisponi have got together again to visualise a type of helicopter that Cenciotti thinks could also have taken part in the bin Laden raid in Pakistan.
Modifications to the Chinook
Like Crisponi’s visual of the MH-60, this Stealth-Chinook depicts many similar features of such a machine, including smoothed and faceted nose and air intakes, but the Chinook's signature fuselage sponsons are shown here modified with a similar treatment. The rotor heads have discs to cover the complex connection assemblies, and the blades themselves are spectacular hooked scimitars. 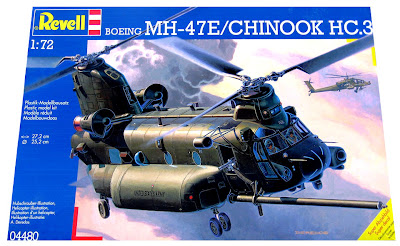 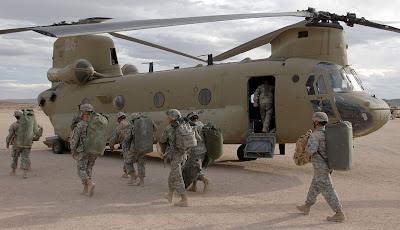 Boarding a standard-issue Chinook.
Refuelling options
Once again, Cenciotti and Crisponi have included a retractable landing gear and cleaned-up fuselage surfaces, free of all the usual humps and bumps that increase the radar cross-section. A notable omission is the in-flight refuelling probe sported by Special Ops Chinooks - maybe this Stealth-Chinook could carry fuel in an underbelly drop-tank for the first part of a mission, before ejecting the empty tank to go into full-stealth mode for target approach. 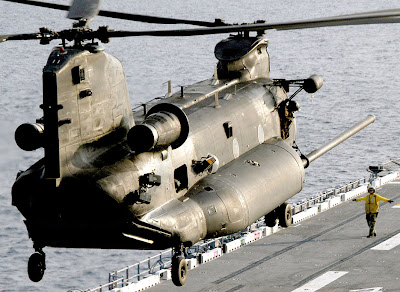 Final approach to a US Navy carrier.

Note the refuelling probe and fuselage antenna on this kit build.
Model choices
For kit-bashing purposes there’s a wealth of choice available, from 1:72 scale, through 1:48 to Trumpeter’s gorgeously humongous 1:35 scale beast. Take your pic! 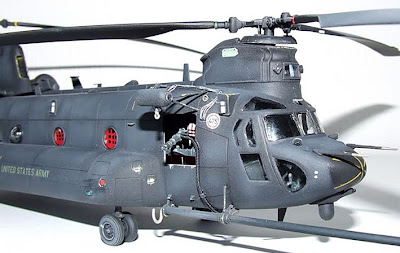