David Jefferis looks at a model car quartet
Here are four new 1:18 scale resin-based models from the French OttOmobile company, all to 1:18 scale. They are all well up to OttO’s usual standards, even if the subjects are hardly mainstream, especially to anyone (like me) more attracted to the speed and power of Mustangs, Ferraris or Batmobiles. However, that’s OttO’s successful philosophy: producing subjects that mainstream manufacturers won’t touch. They are all the same price at 39 Euro, and don’t forget that OttO’s pre-order system means models are often sold out soon after they have been announced. 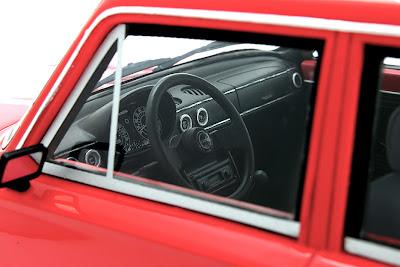 A Spanish 124
This boxy Italian car was designed and produced by Fiat from 1966 to 1974, but perhaps more importantly has also been manufactured in clone variations around the world - and is still being churned out in Russia. All in all, the 124 design will have notched up more than 15 million units by the time production finally stops in 2012. The OttO model is actually the Spanish SEAT 2000 version, and is nicely produced, with the prominent rear window demister grid particularly well represented, as are the sport-style wheels. 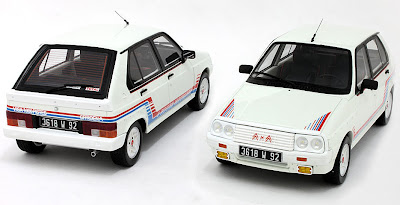 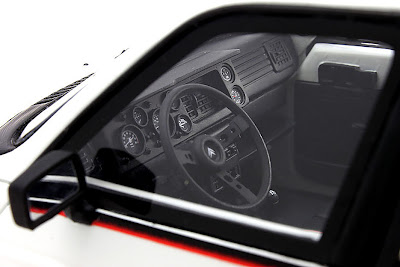 Citroen Visa Pistes
The stripes on this French five-door hatchback were about the only sporty thing about it, though there were some neat details to the rather dreary design, such as a sloping front end that reduced the amount of dirt and insect-life sticking to the headlights. If you had a piece of furniture to shift, a high-end Visa was useful, as the back seats came out, leaving a cathedral-like void in the rear. If you have nostalgic feelings toward Gallic tin like this, OttO’s model is a good representation. 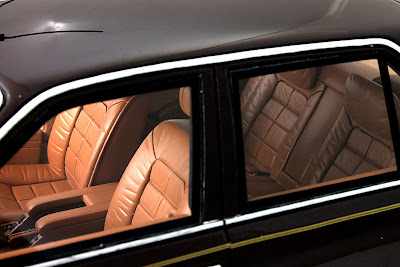 Renault 25 Baccara
Another French machine, the 1980s-era Renault 25 was the one to be seen in if you were a mid-ranking politician or business-person. The external styling was neat if unexceptional, though the interior was penned by Italian designer Marcello Gandini, better known for the classic Lamborghini Countach. And OttO’s model shines in this department, as the super-squashy soft leather interior is extremely well done - in fact one of the best we’ve seen. 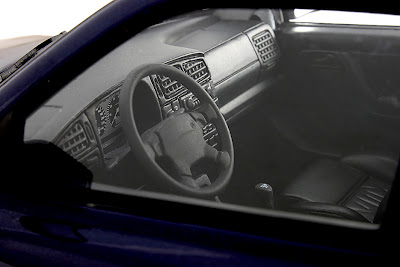 VW Golf VR6
Aaah, that’s better! I can relate to this one, having had a number of performance Golfs over the years. This is the Mk III version, produced through the 1990s, and the VR6 engine really made performance-plus a reality for Golf drivers - a great car. Like the other three models, OttO’s version is nicely done, even if the dark purple is not to my taste. No matter, if you drove one like this, then you’ll want the model.
For more information and order instructions, visit OttOmobile here.
Model pix courtesy OttOmobile.
Email ThisBlogThis!Share to TwitterShare to FacebookShare to Pinterest
Labels: Citroen Visa, Fiat 124, Marcello Gandini, OttOmobile, Renault 25, SEAT 124, VW Golf
Newer Post Older Post Home