SMN report
Details of this year’s prestigious ‘Scale 2011’ competition are coming through from Revell Germany. In the company’s words: “And now the moment you have all been waiting for has finally arrived! This is the start of announcement for this year’s ‘Scale Award’. We again search the best model of the year. The winner can look forward to the coveted ‘Scale 2011’ trophy! For the first time this year the announcement of the competition is split up into two categories - adults and teens. Teens in the meaning of the announcement are all participant aged 16 years and younger. The same rules of competition for both categories.” 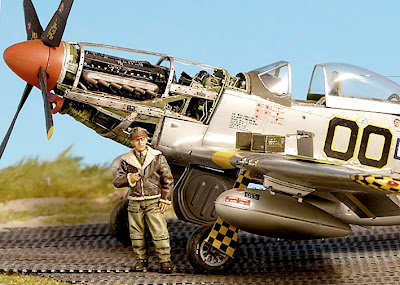 P-51D Mustang from the Scale 2010 competition.
Scale 2010 results
Last year’s entries were extremely impressive, as you can see from the trio shown here, with full details shown at results time last year in the SMN article here. For Scale 2011 Revell has made the choice of entries as wide as possible: “You are totally free in the choice of your model kit and in the design. All of your models will be reviewed by an expert jury first. The most important criteria are creativity and attractiveness of the models. A pre-selection of ten models per category will then be presented during the ‘modell hobby spiel’ show in Leipzig. And here the visitors will name with their votes the winning model.” 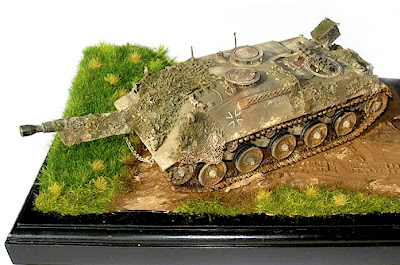 Winning AFV from Scale 2010.
Prizes aplenty
There’s a reasonable amount of time to create a top-notch entry from scratch, as you can email or post your photos until August 15. The Leipzig Show starts at the end of September, with final results announced after that. So get those entries under way and you could be in with a chance to win with Revell: “But the winner can not only look forward to the coveted ‘Scale 2011’ trophy! He/she also gets the chance to visit our company in Buende and will have an exclusive look behind the scenes. As a special highlight he/she will take part in the presentation of our new items for the year 2012. Further attractive prizes wait for the winners who came 2nd to 10th. The winner in the category teens will get a 200 Euro shopping voucher for model kits as well as a certificate.” 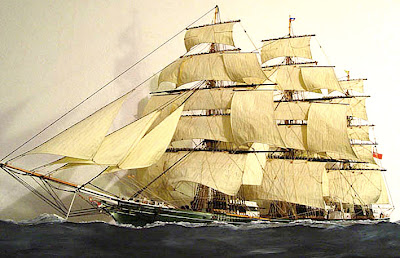