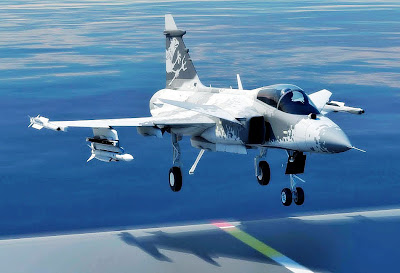 SMN report
Back in March Eurofighter released details of its proposed navalised Typhoon jet, and it looked really interesting, both as a concept and as an opportunity for a kit-bash. Now we’ve come across a similar proposal from Saab, with its single-engine Gripen multi-role fighter-attacker jet. Like the carrier-based Typhoon-N, Sea Gripen would not need a catapult for takeoff, instead being able to launch using a ski-jump - so it makes another, cheaper, competitor to the Lockheed Martin F-35, currently on order by the UK Royal Navy. The Gripen is designed to use rough strips - or at least, sections of Swedish highway - as wartime runways, so the lightweight aircraft seems to have the hard-working basics for seaborne ops already built in. 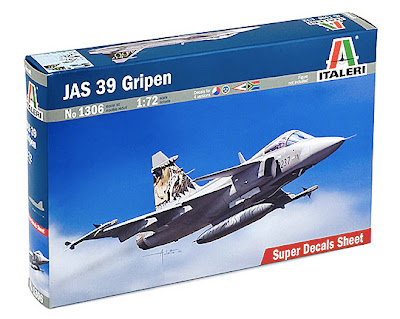 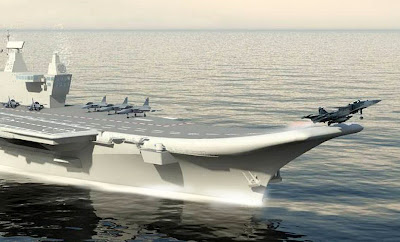 Easy conversion
We show here Saab’s promo pix for the concept, and as is usually the case with sales material, the proposed differences are claimed to be minimal both technically and in cost - but that digital camouflage scheme is certainly a winner in the style department. In model terms, Italeri has some Gripen options - a single seater in 1:72 scale, and a single- and two-seater in 1:48. They are decent kits, so would make a good start for anyone interested in Scandinavian equipment.

Parts layout for the 1:48 scale Italeri Gripen. Below, weapon loads for the aircraft. 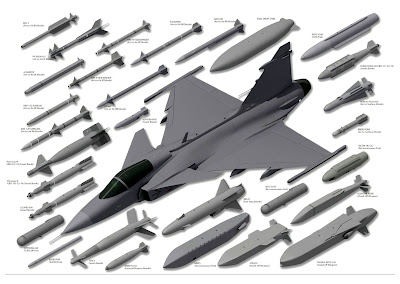 Sea Gripen conversion
If we go by Saab’s pictures, about the only changes needed would be an arrester hook, and a sensor head in front of the canopy. In addition, longer landing gear struts and a set of bigger tyres to soak up those high rate-of-descent landings would be necessary. To be strictly accurate, new gear would be necessary anyway, as these were part of the revised elements made as part of the upgraded NG specification. To add a nautical look, a section of carrier deck would make an authentic display base. 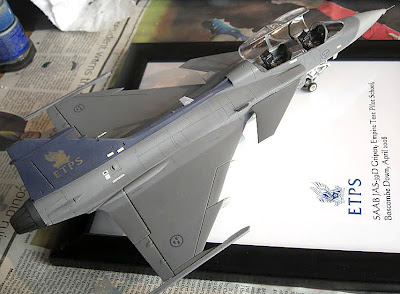 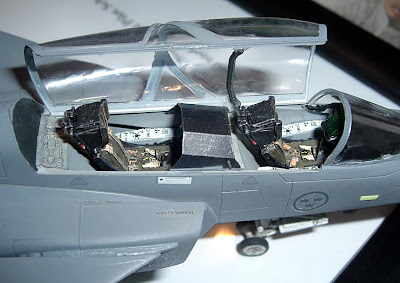 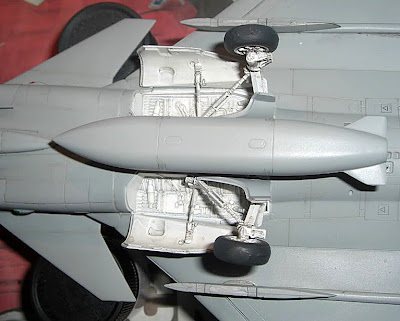 This neat build shows that the basics for a Sea Gripen conversion are there.
Possible customer markings
As for markings, target customers are similar to those of the Typhoon-N, though at this point India is no longer interested. The what-if scenario is probably limited to the UK Royal Navy, with Spain, Italy, Brazil, and the US Navy as outside possibilities. Whatever, it could be an interesting project. Whether you want to make a full conversion to the Gripen NG/IN standard is up to you, but there's planty of info and pix at Saab's site below.