Mat Irvine inspects:
The Revell-Germany Classic Kits range aims to bring you: 'Classic kits from 5 decades of modelling history', and one of the recent aviation reissues certainly adds to the list. This is the Martin B-57B, a twin-engine medium jet bomber built in the US as a licensed version of the English Electric Canberra. 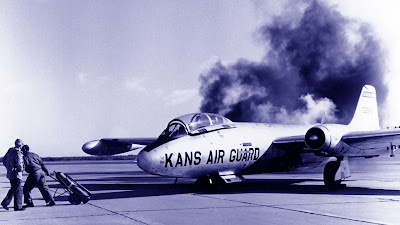 
Successful Canberra jet
The Canberra was a very successful high-flying design that first flew in 1949. It was manufactured throughout the 1950s, and flew in the air arms of at least 17 countries. The last Canberras were retired only in 2006, these from the Royal Australian Air Force. The Martin B-57 that is the subject of this Revell kit went into service in 1954 and in all, more than 400 were built. The B-57 was a stalwart performer during the Vietnam War, and Pakistani versions saw service against Indian forces in 1965, and again in 1971. 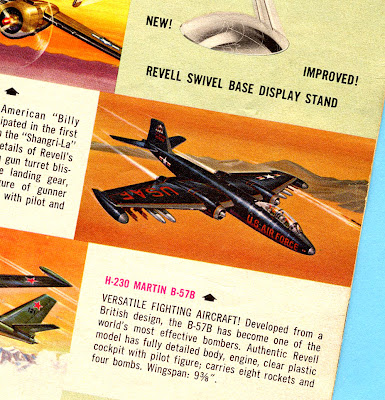 Original 1957 catalogue entry.
Looking at the past
Back to the kit, and it is certainly a golden oldie - the plans seem to indicate the kit originated in 1965, given that the copyright dates are listed as ‘1965/2011’ - but actually, the kit really dates back further, having been issued in this form in 1957, by Revell Inc. 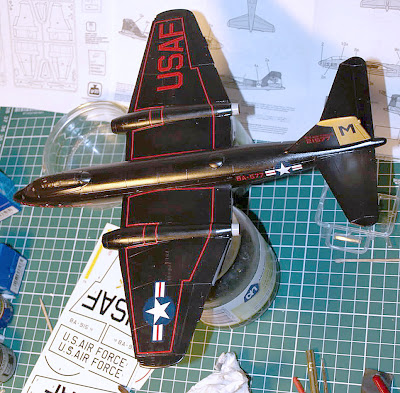 Random scale
Due to its age, the kit is somewhat simplistic by modern standards. The two crew are moulded integrally with the cockpit interior and seats, although - and given the kit’s mature years - the details are not bad at all. The wings are presented in two halves each side, whereas many aircraft kits from that period had solid one-piece mouldings. And a big plus is that Revell included weapon loads, HVAR rockets and napalm tanks. However, definitive proof of the model’s early origin lies in the size, which is a random ‘fit the box’ 1:80 scale, rather than one of the now-standard accepted scales.

B-57G Nighthawk model.
Alternative kits to look at
All in all though, a fascinating kit and a definite buy if you have an interest in the early years of kits and jets. If you want a standard-scale B-57, the Airfix 1:48 scale version is worth a look, as is the 1:72 kit from Italeri, though this has raised panel lines, rather than the neater and more accurate engraved variety. A trawl on ebay turned up other stuff, including a 1:72 scale ‘lumps and bumps’ sensor-loaded Italeri B-57G Nighthawk, and a nifty little 1:144 scale B-57A from Ukrainian manufacturer Amodel. 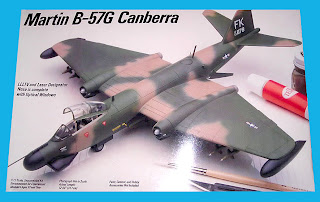 This Testors model is loaded with sensors and weapons.
If you're interested in the B-57, there's a comprehensive step-by-step kit build at ARC Forums here. Thanks to Revell-Germany for supplying our kit.
Email ThisBlogThis!Share to TwitterShare to FacebookShare to Pinterest
Labels: English Electric Canberra, Martin B-57, Revell Classic Kits, Vietnam War
Newer Post Older Post Home