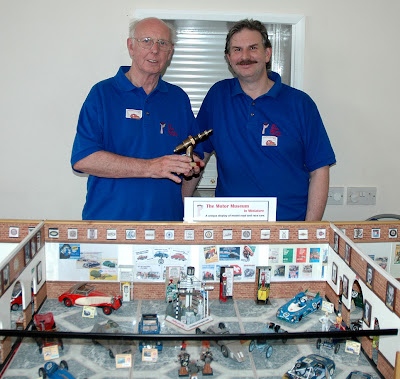 Automodellismo 2011 winners: Rod (left) and Ian Knott.
Mat Irvine reports on the show:
Our first Automodellismo Show ran on 31 July, with plenty of visitors through the doors, along with lots of their kids, who got in free, provided they were accompanied by an adult. 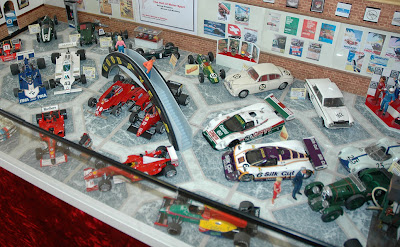 The superb Motor Museum in Miniature. 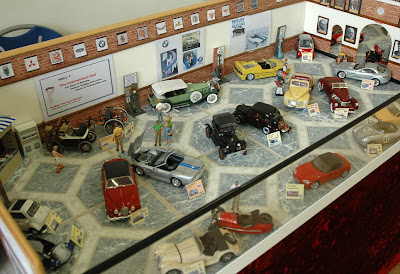 A change of venue
Previously Automodellismo had been at the the dedicated motor racing venue, the Donington F1 Collection, so we weren’t too sure how it would survive being transplanted ‘down south’ in the UK, and to the non-automotive location used for the HaMeX Show. Still, co-organizer Paul Fitzmaurice and I needn’t have worried - the draw of club stands with a whole variety of expertly-built model cars was very strong indeed! 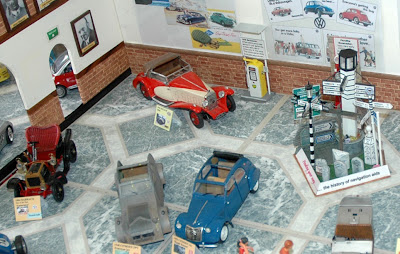 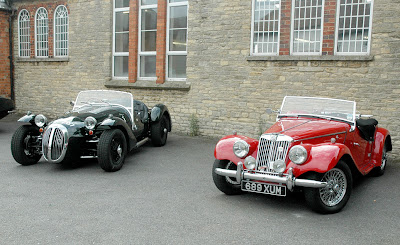 Two tasty cars - Jeff Luckhurst’s Cougar-Jaguar kit car (left), and the MG-TF of Ian Wallis.
Auto lineup outside
It probably helped that full-size classic and ‘interesting’ cars were parked up in front of Hanslope’s Village Hall as a prequel to the ace models on display inside. 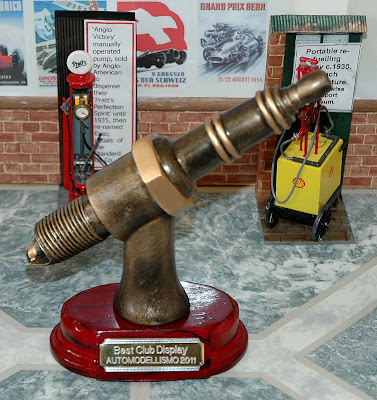 Spark Plug Trophy
We decided to present an award for the best club stand, so the Secretary of the Hall Committee, Dr John Sorrell, and I made what turned out to be a difficult decision, as there were so many excellent models on display. Still, we needed a winner, and in the end presenting the ‘Spark Plug’ trophy was not so hard at all - we voted for the amazing ‘Motor Museum in Miniature’ display, by Rob and Ian Potts. You can get an idea of the quality of their work from the pictures here - but you had to get in close to really appreciate all their hard work.

Future plans
We’re not sure what the plans are for Automodellismo 2012 as yet, but watch this space for updates. However, we do have a diary date for HaMeX 3 - it will be running on 27th November 2011, and we’ll look forward to seeing you at the show.
More Automodellismo 2011 photos here.
Visit HaMeX 2012 here.
Email ThisBlogThis!Share to TwitterShare to FacebookShare to Pinterest
Labels: Automodellismo, HAMEX
Newer Post Older Post Home