CAN THE AVERAGE KIT CONSTRUCTOR COMPETE WITH A READY-BUILT MODEL? 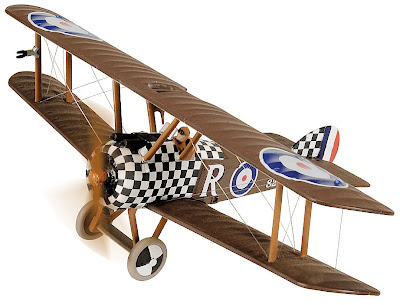 SMN report:
It’s a hard question to answer, bearing in mind that the model-maker ‘craft’ market is different from the ready-built ‘collector’ market, and that our idea of a well-made kit varies. But there are crossover points between the two, and it’s exemplified by the latest Corgi World War I biplane, a 1000-off Limited Edition 1:48 scale model of the Sopwith Camel flown by Captain CM McEwen in Italy, January 1919. 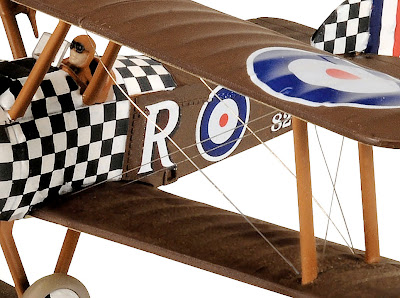 Looking at the basics
As models go, the basic airframe of this Corgi Camel is good, if not outstanding. The same subject, made from a kit such as the 1:48 scale Eduard release, will give a much finer result, especially round the undercarriage, machine guns, and components such as the pitot tube on the starboard interplane strut. 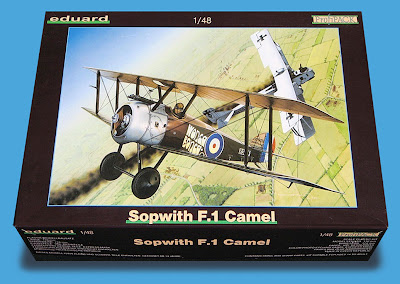 Decals and details
Then again, Corgi’s chequer-pattern markings are very neatly applied, as are the roundels and unit markings. Kit and diecast score roughly level pegging in this department. However, the diecast takes a dive where the pilot and cockpit are concerned, as neither detail nor finish are much better than an early Airfix offering. Here the model maker can score points with added detail and a decently painted figure, especially if the figure has come from one of the better aftermarket suppliers.
The key differentiator
But where biplanes are concerned, good rigging is the key - it can turn a so-so model into a just-so success. And here, those ladies on Corgi’s Chinese assembly line really know their job, and the end-result is a good one. So all in all, while the diecast-or-kit debate is pretty much a draw on other factors, finely produced rigging can be the clincher, unless you are both patient and skilled.
But - you don’t get the satisfaction of a build, so maybe you could spend the time making something else entirely! 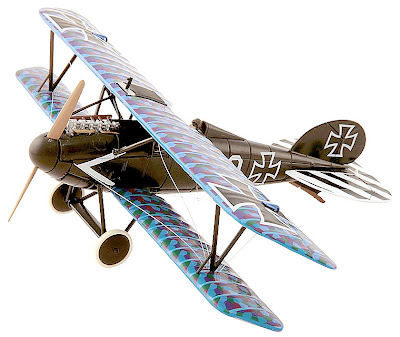 Corgi Albatros (above) and SPAD (below). 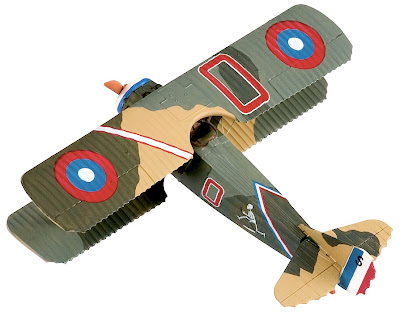 More aircraft to choose
The Camel is of course just one of Corgi’s wide and increasing range of World War I aircraft, and if finish and rigging are key factors for you, then they are winners. If it’s fineness of detail that’s important, then choose a kit. 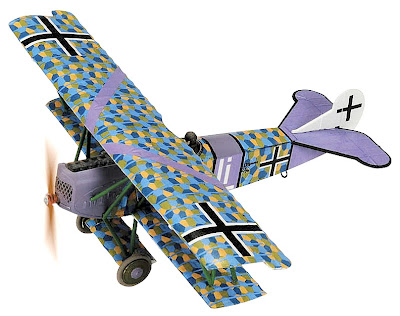