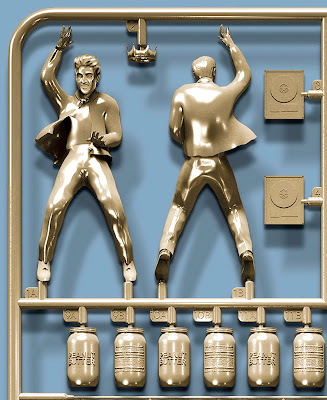 SMN report:
We mostly associate Tamiya with top-line traditional plastic kits - and quite rightly, for they are superb products, as we recently showed with the newly-released 1:32 scale P-51D Mustang. But Tamiya doesn’t stand still, and the company recently paid the advertising agency Ogilvy & Mather Vietnam to create an ad campaign based around the catchline, ‘Tamiya Put It Together’. 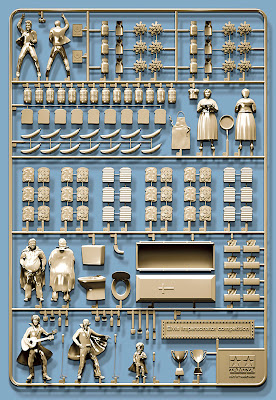 Print ad series
Ogilvy & Mather’s solution to the brief was a series of print ads featuring fictional kits based on popular and continuing conspiracy themes - Elvis Presley lives, Roswell UFO aliens, Moon Landing hoax, Who killed JFK, and the death of Marilyn Monroe. Fictional the kits may be, but O&M put much hard work into the visuals, which look really convincing until you look hard, and notice a few pointers to the truth - for example, the Lunar Rover sports a 1950s-era auto steering wheel, a cute in-joke we reckon, as the originals had side-stick controllers. 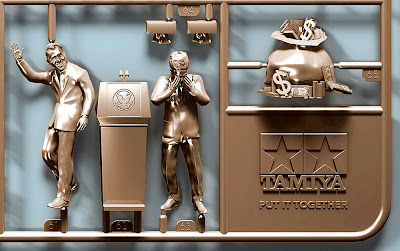 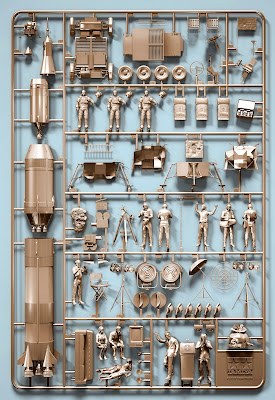 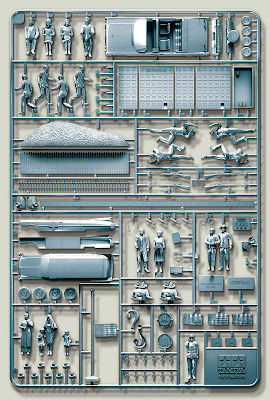 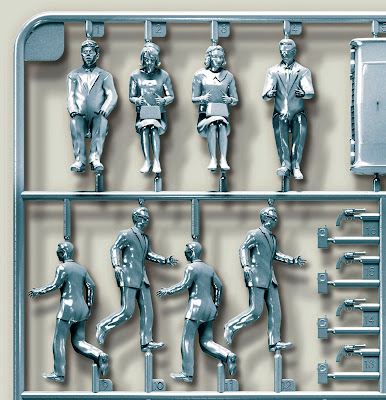 Request to Tamiya
However, and this is a big request Tamiya - why don’t you make these for real? The subject matter is endlessly fascinating, and the subjects are all begging to be turned from advertising campaign to plastic in a box. Any Elvis fan would love to add him to their collection, as would movie-buffs for Marilyn, space nuts for Apollo, UFO believers for Roswell, and politicos for a JFK set. A shelf-top diorama featuring a 1:24 or 1:12 scale figure, surrounded by relevant memorabilia would look terrific. 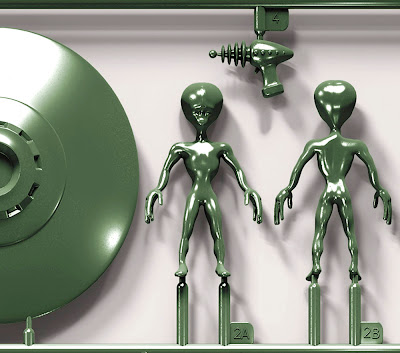 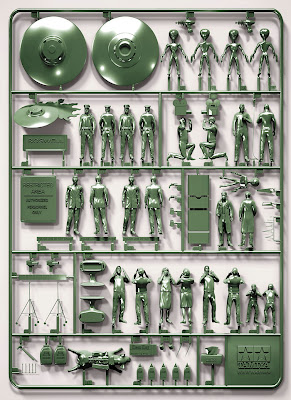 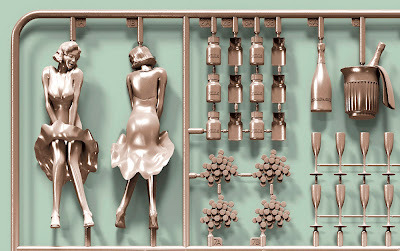 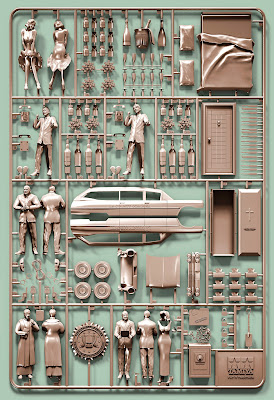 So come on Tamiya, please let’s have them soon! 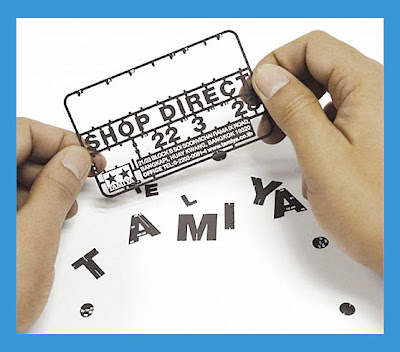