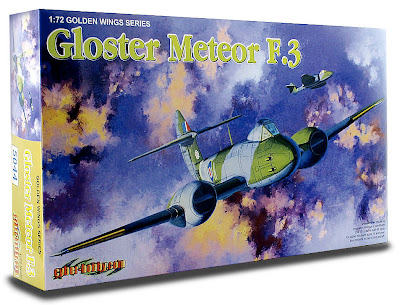 SMN report:
There’s no apology for including another Dragon entry this week, as the Gloster Meteor F.3 is far and away the most detailed 1:72 scale kit of this important aircraft - the first Allied operational jet - that’s been made. It’s been out a while now, but this is the first time we’ve had a close look. 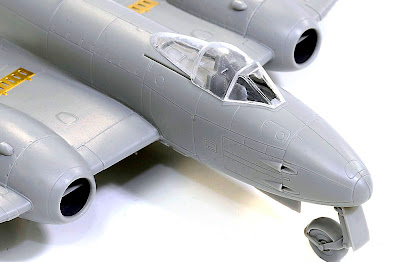 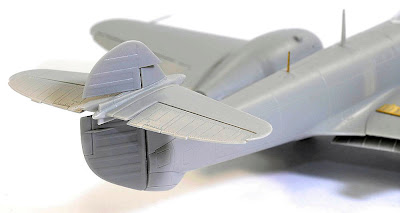 Computer accuracy
Like most of today’s kits, Dragon’s Cyber-Hobby kit was designed using CAD techniques, which have allowed accuracy combined with good fit and finish, including finely etched recessed panel lines. You have the choice of open or closed canopy. There are 51 components in grey, seven clear, and five photo-etch. Perhaps the only obvious doubt on accuracy is Dragon’s pistol-grip control column - the real thing sported an offset yoke design, like the picture further below, taken from the original flight manual. 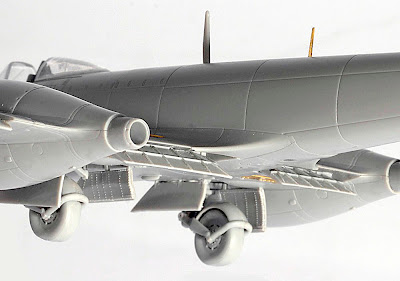 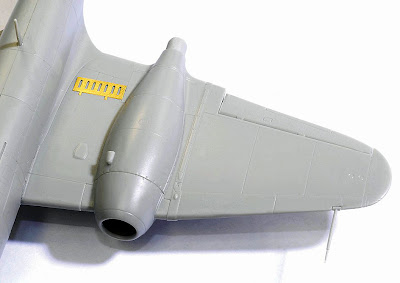 Cannon detail
Our own favourite feature is that each of the four cannon has a hollow muzzle - so no more carefully scribing out the ends with a sharp scalpel. It’s fair to say that Tamiya’s 1:48 scale kit still represents the apogee of Meteor kits, but you won’t be disappointed with this one in the smaller 1:72 scale. 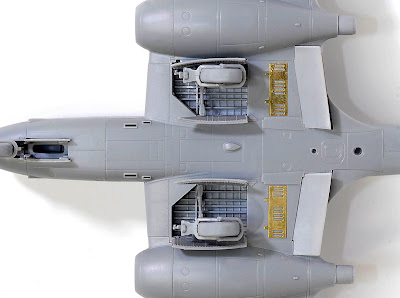 Meteor control column.
The Meteor in service
The first Meteor F.1s entered entered service in July 1944, and an important role was to tackle German V-1 flying bombs. The improved F.3 came a few months later, in December. It carried more fuel, had longer engine nacelles for higher speed, a larger cockpit canopy, and was powered by Rolls-Royce Derwent engines. In all, 3900 Meteors of all variants had been made by the time production stopped in 1954. 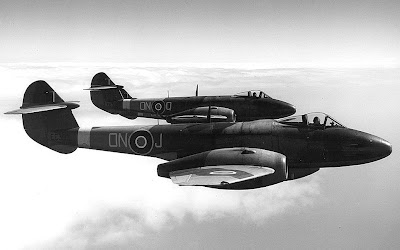 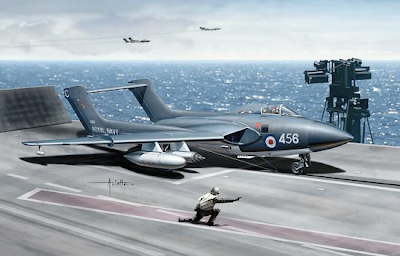