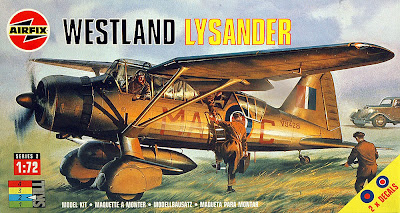 Mat Irvine discusses:
Back in June, I gave details of the Airfix resin-moulded range of ruined buildings, aimed mainly at military diorama builders. The example I highlighted was the ruined workshop, and I hinted that the figures in the scene - French resistance fighters, with a Citroen Traction Avant - were waiting for a spy drop from a Lysander delivery plane. 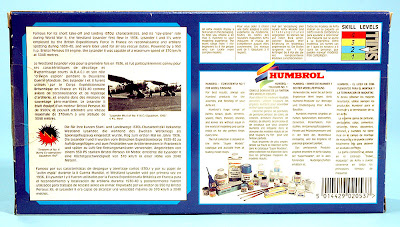 Box back includes Humbrol paint details plus aircraft details in four languages.
World War II spy plane
Well, since then the drop appears to have happened, so here is an extension to that article. It revolves around the British Westland Lysander high-wing monoplane, a mainstay of RAF undercover work during World War II. The Lysander was ideal for the task, as it could fly in what we might today call ‘stealth mode’, and could land on unprepared surfaces in the dead of night. 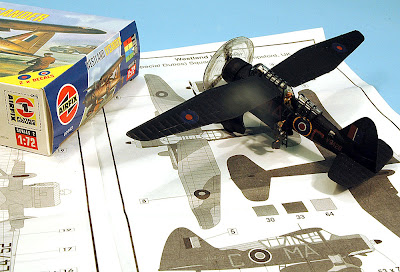 Built-up model and instruction sheet.
Secret operations
The original Airfix 1:72 scale Lysander was one of the company’s first aircraft kits, being released as early as 1956. It was very basic, and did not include a ‘spy’ option, but in 1974 a new kit was produced, and this time you did get undercover equipment. The subject was a Lysander of 161 (Special) Squadron, an RAF unit tasked with flying missions for the Special Operations Executive (SOE), mostly flying secret agents into and out of Nazi-occupied Europe. The kit included the minor changes needed for this role, such as a belly pod, side-ladder, and a spy figure with briefcase, ready for drop-off ‘somewhere in France’. 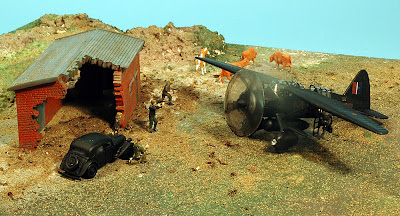 Note the acetate 'spinning prop' on the aircraft.
New and improved Lysander kit

The kit was a vast improvement on the original, in that it now featured wings in top and bottom halves (the original kit used one-piece mouldings), separate wheels in their distinctive spats, clear landing lights, and a multi-piece cockpit canopy. All in all, there were now almost 50 parts, the original probably having less than 20. But of course, even this ‘new’ kit is now 37 years old, and it too is beginning to show its age. But with a bit of work, you can make it look very presentable. 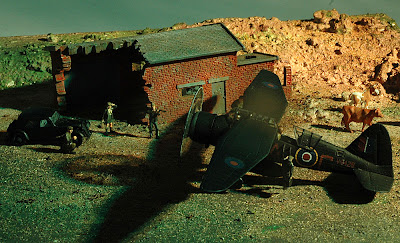 The Lysander in its element, a midnight rendezvous in enemy-occupied territory.
Mods for the diorama

The only change I made to the kit for this diorama was to replace the propeller with a clear acetate ‘spinning mode’ disc, as the engine would not have been stopped on such a mission - the aim was to make the delivery or pickup, then get back into the air as quickly as possible. The scene also includes some cows, these from the Airfix Farm set. The at-night picture shows a dimly lit scene, for which I used a blue light to simulate moonlight, then underexposed the shot. The daylight pictures are included so you can get a better view. 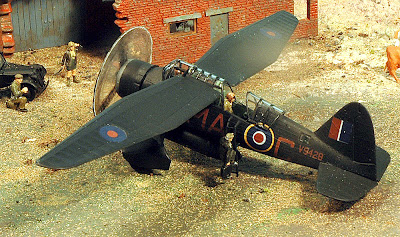 Finding a kit
The Westland Lysander is not currently listed in the Airfix catalogue, but a quick search on ebay should unearth one without too much trouble. A look this morning revealed three for sale - two ‘spy’ versions like the one above, and an original release, still in its transparent plastic bag with illustrated paper header. 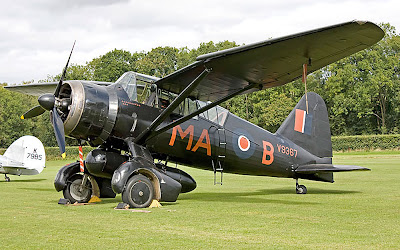 Streamlined spats, but no wheel covers on this example. Note mission markings under the cockpit.
The real thing