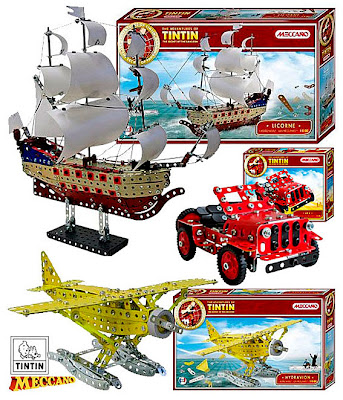 David Jefferis reports:
The trailer of the latest Stephen Spielberg movie The Adventures of Tintin is with us, as is news that Meccano is to sell construction sets based on a Tintin theme. The movie is due for release on December 23, 2011, but the Meccano sets should be available well before that. 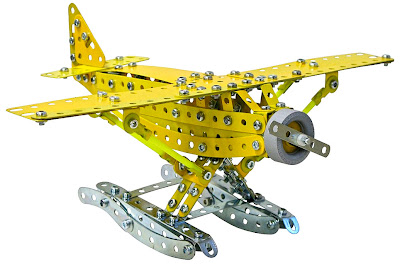 Handsome yellow seaplane is the subject of one of the Meccano sets.
Product tie-in
Rather like LEGO, Meccano sets don’t aim to be about building an exact replica of anything, but for marketing purposes, it’s great to be able to tie your product to a big name. So the stellar combo of Spielberg, Hollywood, and Herge’s Tintin makes a powerful draw for Meccano’s owner, Hornby. 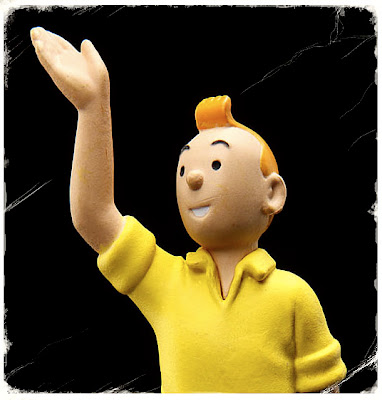 Tintin and his distinctive quiff, as shown on the Weta website.
History of Tintin
Tintin is a name with a looong pedigree, the first such book by Belgium’s Georges Remi being published as long ago as 1929. It was called Tintin in the Land of the Soviets and since then more than 350 million copies of two dozen titles have been sold. Tintin is a worldwide publishing phenomenon, and if you go to Brussels (do so if you can - it’s fascinating) then you most certainly would enjoy making the side-trip to the fascinating Tintin museum nearby. 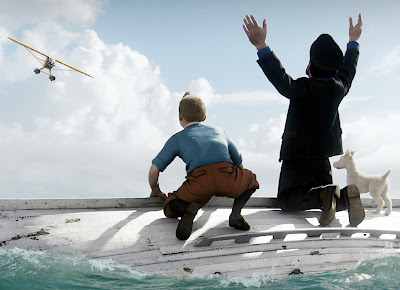 Frame grab from the upcoming movie, with the seaplane as featured by Meccano.
New Zealand’s cgi masters
The movie’s effects - it’s all digital, with no live-action - have been masterminded by another phenomenon, Weta Digital of New Zealand, whose cgi work has been in just about every popular sci-fi and fantasy movie of recent years. Weta’s name is on the credits of Avatar, King Kong, District 9, Chronicles of Narnia, X-Men, Lord of the Rings (there are plenty more) - and now, Tintin. 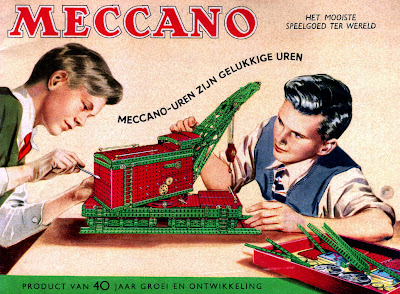 Classic Meccano of yesteryear, this promotional material for Dutch markets.
Summation
As for Meccano, what can I say? It’s been there since all our childhoods, and in a digital world this hands-on work of genius just keeps going, which is great.
1:43 scale diecast car and caravan site reviewed in SMN here.
Visit the Tintin Museum here.
Visit the TinTin movie here.
Email ThisBlogThis!Share to TwitterShare to FacebookShare to Pinterest
Labels: Herge, Meccano, Spielberg, Tintin, weta
Newer Post Older Post Home