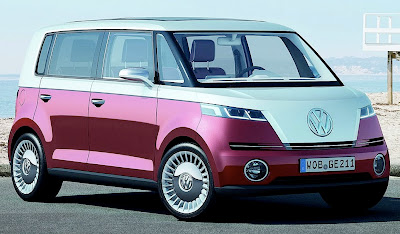 SMN report:
Great news for Volkswagen fans as it’s been confirmed that VW will produce a petrol/diesel version of the Bulli electric MPV concept in a couple of years - or maybe less. The VW Bulli was first shown at the Geneva Motor Show in March 2011, drawing applause for being an MPV that people might actually want to buy - in other words, a compact people-mover with some sense of style. It has to be said that not everyone was moved instantly - some VW fans muttered that the Bulli wasn’t dramatic enough, but our view a few months later is that it’s pretty OK. 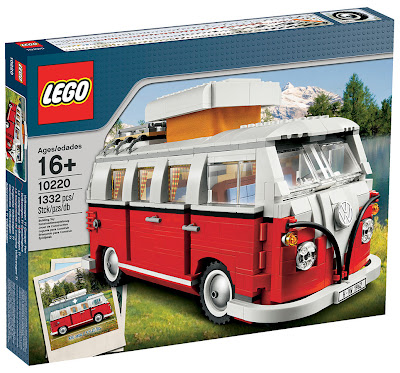 Nice one - hefty box for the LEGO Camper Van. 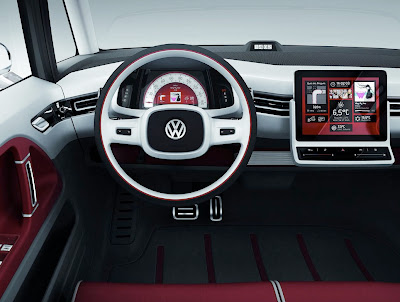 Brains not brawn
The Bulli is not a big beast - just a little bigger than the VW Polo, in fact - but the concept showed that you don’t need bulk to have a fold-flat bed if clever design is allowed its head. The slot-in iPad on the fascia showed a sharp awareness of Apple’s masterpiece too, and follows airline practice as they accelerate replacing weighty flight manuals and complex systems with this piece of user-friendly technology.
Revell and Sun Star versions soon?
But the star itself is the Bulli, a minor classic in the making. Soooo... Revell, Sun Star, and anyone else who will listen - please let’s have a kit and a diecast of this soon-to-be real son of the classic camper. IWOOT now! 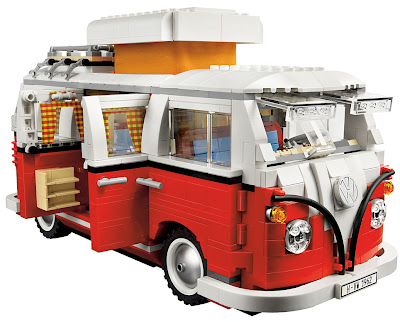 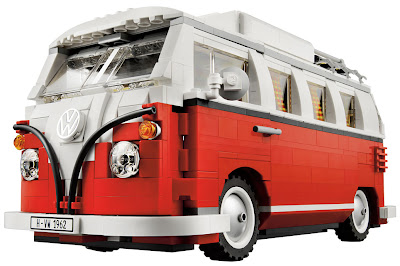 LEGO Camper Van
If Bulli is not available in the model world, then classic VW campers certainly are, and here's the latest one, this time a plastic-brick version, from LEGO. Due out in October, the 1322-piece kit is based on a 1962-model VW T1 Camper Van. The model features a pop-top roof (just like the one toted by my bay-window version) and details that include the air-cooled rear engine, split-screens at the front, and an interior equipped with curtains, cooker, sink, and - good for LEGO - that all-important bench seat-cum-double bed.
Nostalgic stuff included
More details from those days of hippies past include a lava lamp and a T-shirt marked with the slogan: ‘Make LEGO models not war’. When assembled, the LEGO Volkswagen Camper Van measures 300 mm (11.8 in) long.
SMN Geneva Show article on the Bulli, including a ‘Mr J’ doodle here.
A look at the Revell kit here.
More VW buses here. 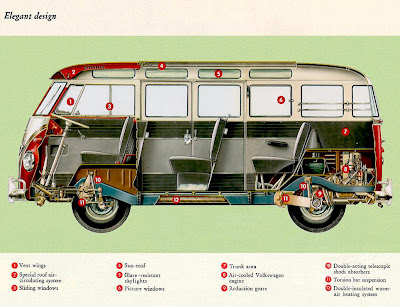