SMN Report:
Success for Italeri with its other 1:35 scale motor torpedo boats, the German Schnellboot S-100, Italian MAS, and US PT Boat, means that another World War II veteran is on the slipway, nearly ready for launch. The upcoming British Vosper Motor Torpedo Boat (MTB) will complete the Italeri torpedo boat fleet, and details of progress make it look unmissable. 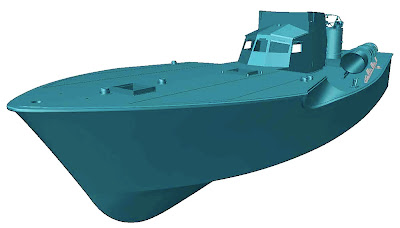 Shapely hull, and deck-mounted torpedo tubes, visualized on the computer. 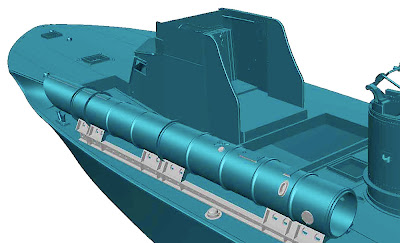 Scale length
The large scale helps of course - even though it’s a third shorter than the S-100, the real-life MTB’s 22 m (72.5 ft) length still translates to a 628 mm (24.7 in) long model, so the Italeri version will be a real shelf-filler and should look terrific displayed next to the other boats in the range. The large scale has allowed for lots of detail work - in Italeri’s words: “...great care and attention has been devoted to the construction of the bridge, the offensive armament, consisting of the torpedo tubes, and the defensive armament such as the Vickers turret.” 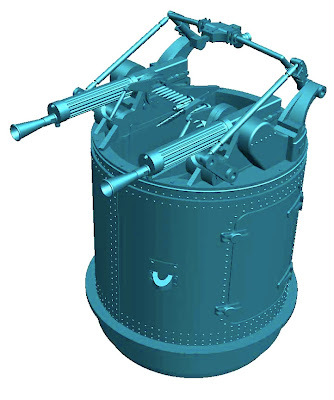 Defensive armament operated by a sailor on deck.
MTB operational duties
Like other torpedo boats, Vosper MTBs were designed for high speed, often operating at night, waiting for enemy ships with noise levels low and little or no tell-tale wake behind. Once on the attack, a Vosper MTB could hit 74 km/h (46 mph) and was highly manoeuvrable, making it difficult to hit as it homed in on the target, close enough to release torpedoes from the tubes mounted on either side of the main deck. That speed and manoeuvrability came at a price - MTBs had little armour, so depended on surprise, speed, and agility to perform a mission. 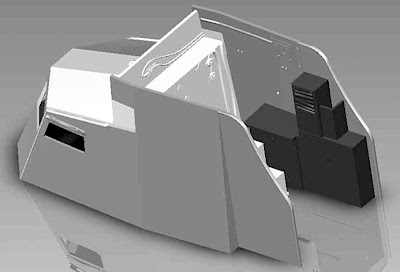 Superstructure cgi looks neat and tidy.
Buying an ex-Royal Navy MTB
And now for a mildly tragic aside. Once upon a time I had visions of owning an ex-Royal Navy MTB, moored on the River Thames, west of London. Tempted by a newspaper advert, I saw myself roaring downriver at weekends, perhaps even across to France for the odd trip! Hey ho, when I tracked the vessel down, I found it slumped in a boggy inlet, minus the engines. Not only that, but the nose had been filled with concrete to stop the boat floating away on a high tide. And worst insult of all to this proud vessel was that it had been stripped of all armament and superstructure, the lot being replaced by an ugly greenhouse, filled with plants and a deckchair. Grrr... the owner seemed surprised when I turned the sale down! 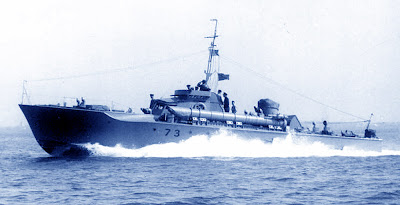