BIGGER AND BIGGER - HUMONGOUSLY HUGE B-17 FROM WINGSPAN MODELS 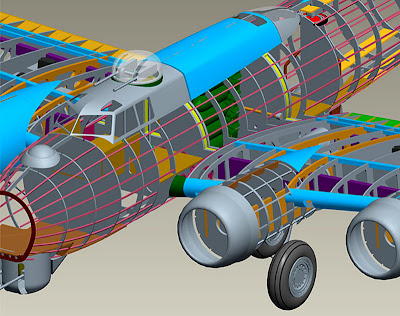 David Jefferis reports:
Tabletop modelmakers are used to relatively small sizes - for example, 1:32 or 1:24 scale are about the normal maximum for injection-moulded aircraft. But step outside into the world of flying scale models, and it seems there’s almost no upper limit. 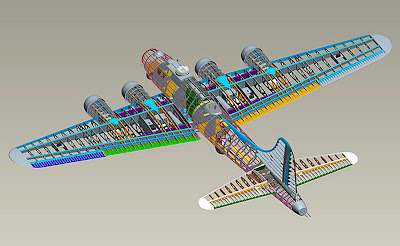 Detailed data used to create computerized 3D model.
Target - a better Boeing
WingSpan Models, based in Atlanta, Georgia, was established by Michael Kramer out of his desire for a better scale Boeing B-17. As a mechanical design engineer, he worked in the consumer electronics industry for almost 20 years on products such as cell phones, two-way radios, and dishwashers. He is the holder of several US design patents on products he helped to develop. 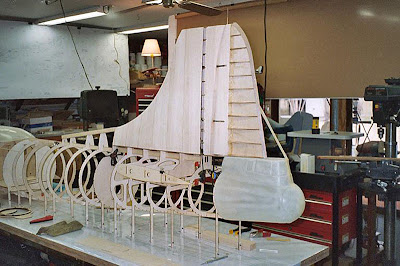 1:6 scale WSM B-17 during assembly.
Computer data
And now Michael’s goal is to design, manufacture and distribute: “the highest quality products from plans, kits, and accessories, backing them with unparalleled customer service.” That’s an excellent philosophy, and Michael backs it up with kits that are engineered using state-of-the-art 3D CAD, plus the latest manufacturing processes. Plugs, forms, and other components are tooled from the original computer data to ensure the highest quality reproduction. WSM designs include features unique to the line, such as interlocking parts that take the guesswork out of positioning ribs and adding washout. 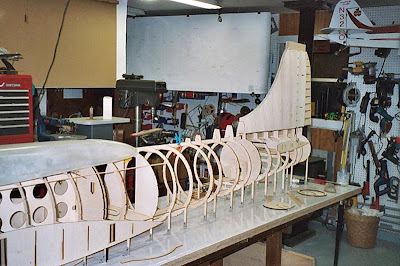 Details, details
There’s much attention to detail too - scale features include functioning gun turrets with scale ammo, correct bulkhead detail, compartment floors, and bomb bays that can drop a full stick of bombs, just like the real thing.

Company aim
Best of all, Michael says that he is: “...a modeler first and foremost, I will strive to make the best possible product and that means listening to our customers to see what improvement can be made.” 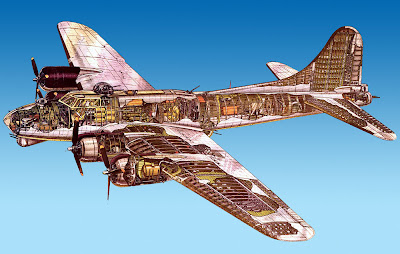 Cutaway art dating from the World War II era.
No room at SMN Towers, sob...
Well, we can’t say it clearer than WSM’s President! We’ll let the pictures tell the story, and truly wish there was room here at SMN Towers to start construction of that amazingly huge 1:6 scale Flying Fortress. Ah well, come 2012 and a new HQ...
Visit WingSpan Models here.
Big beautiful Belle
And here's the real thing, pictured at the 2011 Jersey Air Show, sadly cancelled by foul, misty, dank weather that not only grounded the display aircraft, but also all airline flights off the island, along with your intrepid photographer... but that's another story! 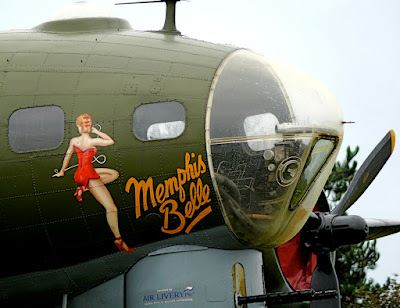 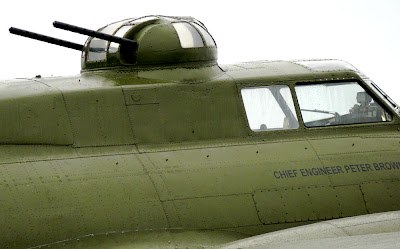