A CLOSER LOOK AT THE V-2 ROCKET FROM SPACE MONKEY 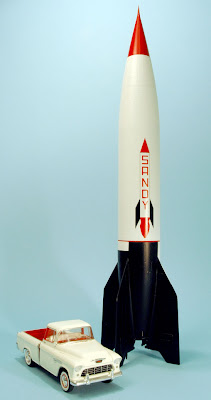 Mat Irvine looks again at a big rocket kit
Earlier this year, I had a preliminary look at a 1:24 scale V-2 kit from a new company to the field, SpaceMonkey Models. It’s taken a while, but now I’ve finally had a chance to have a more detailed look at this big-scale release. For the picture above, I added an AMT 1955 Chevrolet Cameo pickup. It's a few years more recent than the V-2, but gives a good sense of scale. 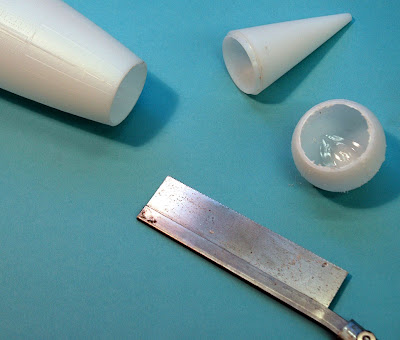 Construction starts by removing two end-mouldings, one of them here the ‘ball’ at right. This is replaced by the conical top, a standard injection-moulded part. 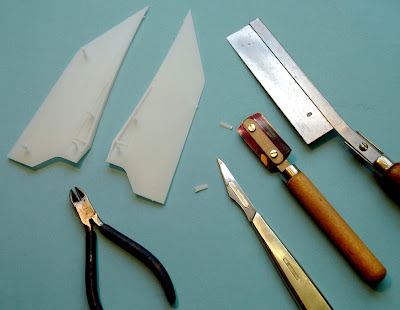 During fin assembly, the gates - where ‘injection’ takes place - need removing and the area sanding flat.
Blow moulded ‘Vengeance Weapon’
As I said first time around, the kit is made of the usual material - polystyrene - but the way the main part of the kit is moulded is not so usual, as the blow-moulding technique is used. It’s common for flying model rockets, where weight is the primary consideration, but not so much for static models, Still, no complaints here, as it makes for a very strong finished model. 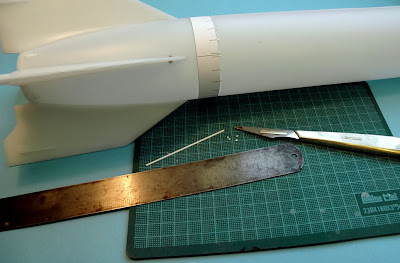 Using a supplied template, connecting bolts between upper and lower sections are cut and cemented in place. 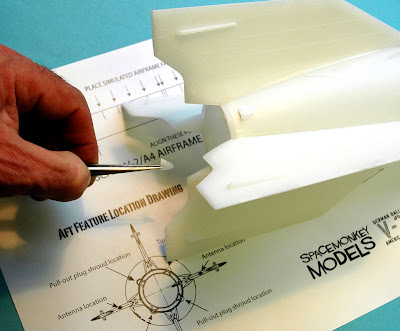 Small rear fairings fit between the tailfins.
Assembly
The Space Monkey V-2 is a simple kit to assemble, not that the V-2 was a complex rocket, externally at least. Four identical runners are supplied for the four fins, each coming in two halves, and the various fairings required. 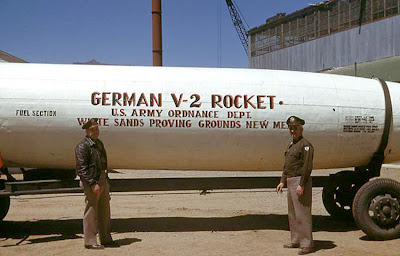 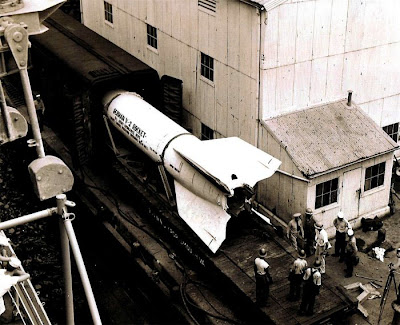 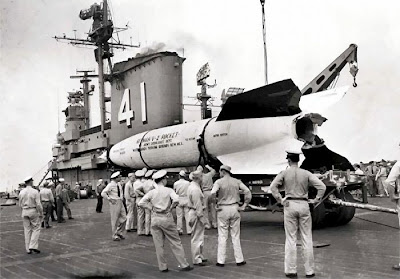 V-2 on the deck of USS Midway
Rocket launch from USS Midway
The post-war finishes supplied are from the display missile at the White Sands Proving Ground (now White Sands Missile Range), New Mexico. The last option is an really interesting one, representing the one and only V-2 ever launched from a ship on September 6, 1947. This was from the aircraft carrier USS Midway during Operation Sandy. 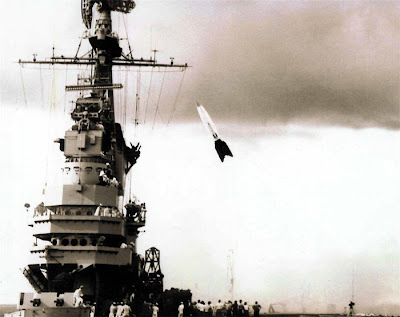