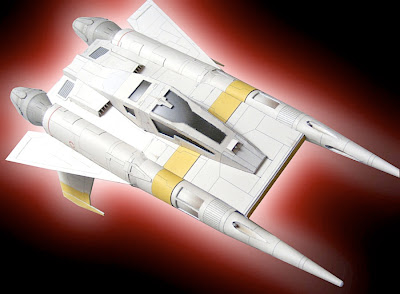 David Jefferis reports:
Excuse me while I drool over memories of the utterly gorgeous Erin Gray, aka Colonel Wilma Deering, female star of the TV series Buck Rogers in the 25th Century. I mean, forget the science-fiction - she was the draw so far as I was concerned! 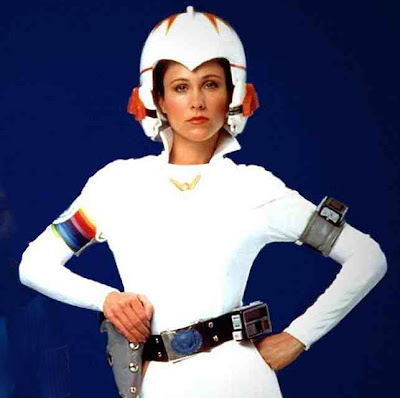 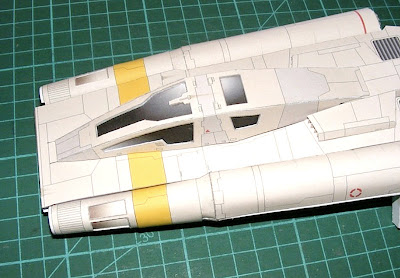 Card models from Germany
Ahem, tongue back in mouth, let’s relive the gadgets of the series again, thanks to the German paper-engineering website Paper Aviation. It’s a really interesting site, packed with card models to download through the online store there. But crucially, PA includes freebies too, so you can try out some of the models before you buy others. And one of these is the neatly-drawn Thunderfighter shown here, the single-seat space-combat craft from this popular 1979-81 Universal TV series. 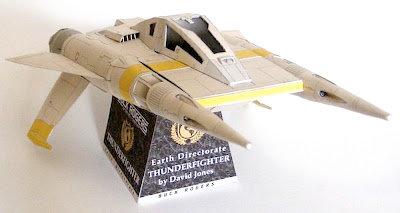 Print your own spacecraft
The Thunderfighter comes on a series of A4 sheets, at which size it is 1:32 scale, though you can vary this simply by changing the enlargement factor on your computer printer. The model actually represents a pre-production design, as visualized by designer Ralph McQuarrie for another series entirely, the earlier Battlestar Galactica. Recycled props were a feature of Buck Rogers, which reused everything from control sticks to costumes in an effort to keep costs down. 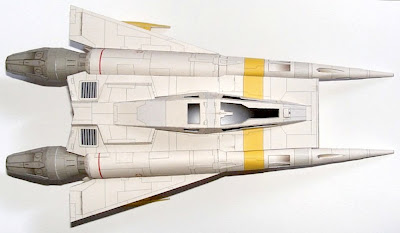 Thunderfighter or Colonial Viper?
Still, with pinups like Ms Gray and the amiable Gil Gerard as Buck, low production costs didn’t matter too much to this couch potato - and in any case, I reckon the sharp-looking Thunderfighter shades Galactica’s Colonial Viper into the starry distance.