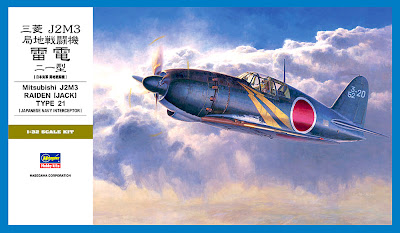 SMN report:
According to Hasegawa, this is the first 1:32 scale kit of the Mitsubishi J2M3 Raiden (Thunderbolt) since the 1960s. Apparently, the original moulds were lost at sea, so this new kit provides a fine opportunity for the 21st century modelmaker to assemble a state of the art new-tool production. 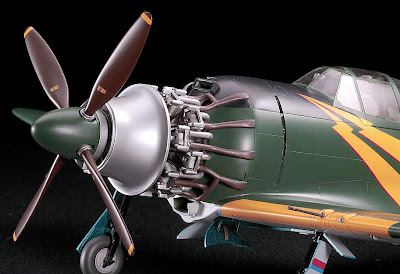 Radial engine
It’s a fine-looking model, as the pictures from Hasegawa reveal, though detail is nowhere near the level of the recent Tamiya Mustang to the same scale. Even so, there’s plenty here to delight the eye, not least the neatly-produced radial engine, cannon armament, clear canopy and instrument panel. 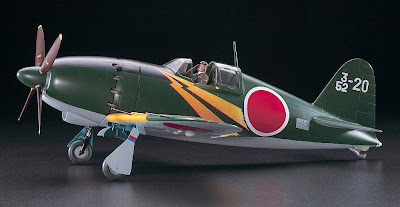 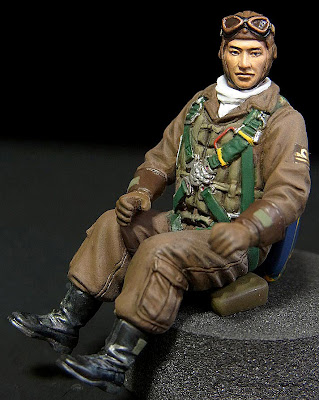 Raiden pilot
Perhaps the star of the show is the excellent pilot figure. He comes with poseable arms and all flying kit ready for takeoff, including a parachute backpack. He can be posed with oxygen mask on or off, hand holding the stick or saluting a superior officer. 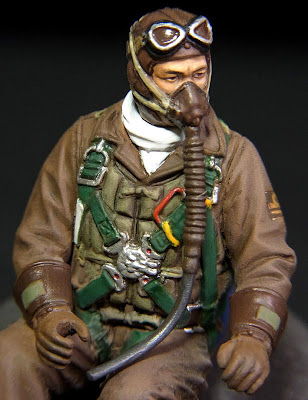 He’s seated in all modes, but would look fine displayed separately if you like an empty cockpit, so you can see the detail in there properly. Two sets of decals are provided, representing aircraft flown in March 1945. 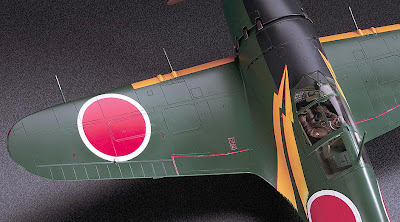 Raiden vs Mustang
The real thing, code-named ‘Jack’ by the Allies, was designed by Jiro Horikoshi, and could fly faster and higher than Mitsubishi’s better-known fighter, the A6M Zero. The J2M3 Type 21 had a MK4R-A Kasei 23a engine, and was armed with a quartet of wing-mounted cannon. The 612 km/h (382 mph) Raiden had little chance against a determined Mustang pilot, but was successful against daylight bombers such as the B-29 Superfortress. 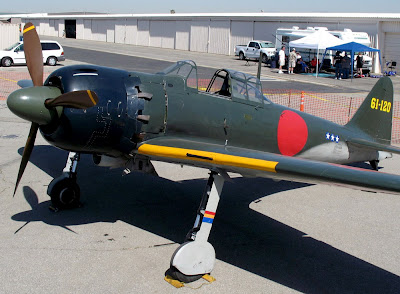 Zero at Chino, courtesy Jerome Dawson.
Planes of Fame Air Museum
If you live in or visit California, then the Chino-based Planes of Fame Air Museum is a must-see attraction. Among the incredibly large collection of aircraft there is a preserved Raiden, on static display for in-the-metal inspection. There’s more besides - other Japanese aircraft include an Aichi Val that’s presently being restored to flying condition, and one of the Museum’s top attractions, an airworthy Zero fighter, which is flown in displays at various times of year.