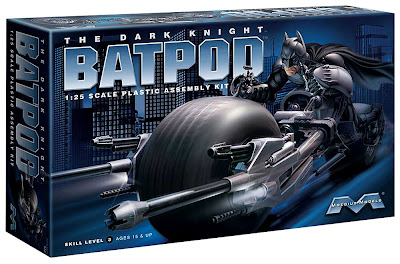 Another Batman kit is on the way, says David Jefferis:
Due for release from Moebius Models in October is this 1:25 scale sci-fi motorcycle. It’s the Batpod, a Hollywood prop that first appeared in director Christopher Nolan’s 2008 movie The Dark Knight. 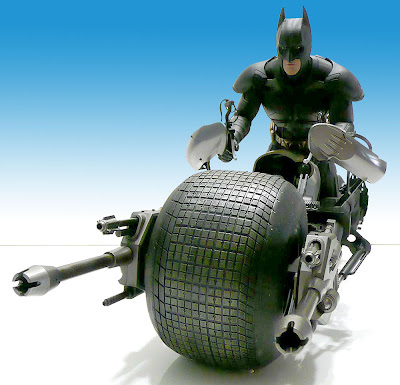 Batpod equipment
As visualized, the Batpod is powered by a high-performance (of course!) single-cylinder engine, and steered by shoulder weight-shift, rather than traditional moveable handlebars. It’s a brutish but great-looking machine that fits very well into the gothic retro-noire look of Nolan’s Batman franchise. 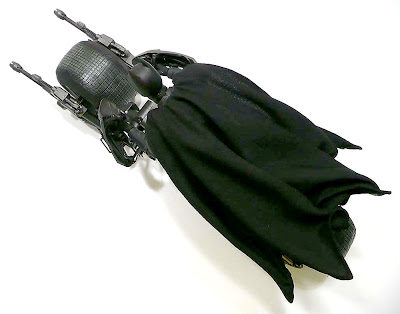 Batpod ejection sequence
In the movie, the Batpod is seen ejecting from its ‘mother-ship’, the Tumbler Batmobile, so allowing Batman to continue his pursuit of the enemy, armed with grappling hooks, twin cannon, and a quartet of machine guns. The Batpod’s front wheels are actually those from the Tumbler, the bike transforming itself along the lines of the robots of the same name. Impressive stuff. 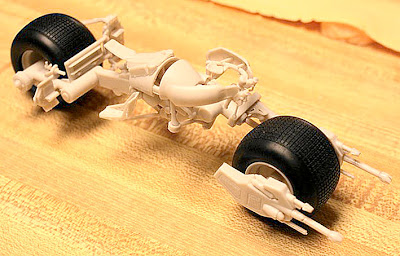 Test shot of the Batpod kit, courtesy Moebius Models.
Batpod next appearance
This looks like a fascinating kit, which we’ll have on the worktop at SMN Towers ASAP. You’ll be able to see the Batpod in action again next year, as it will be featuring in The Dark Knight Rises, due for release on July 20, 2012. 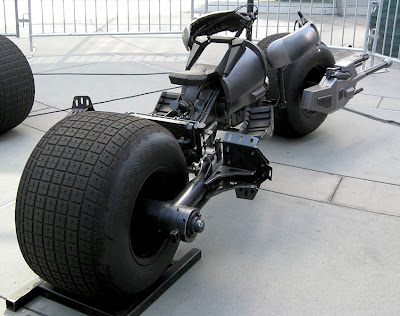