SMN Report:
Scale Model News is expanding again, with the addition of a neat slideshow feature.

It's simple to use - after you click on the 'Read more' button, the rest of the article appears on a new page column. Click on any of the pix in the column and you should get a zoom enlargement on screen. Click on that (or press the right arrow on your keyboard) and you will sequence through the show, pic by pic. 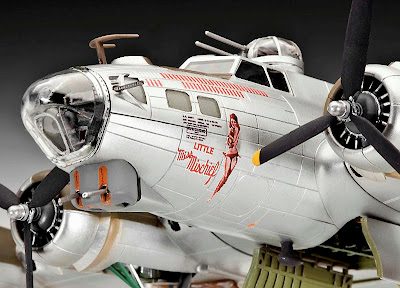 Test example
Well, that's the theory anyway, so here are a bunch of Flying Fortress pix to to test it with. The aircraft is that grand old stager from World War II, the Boeing B-17G, the 'G' model generally reckoned as the best of the Fortress line. 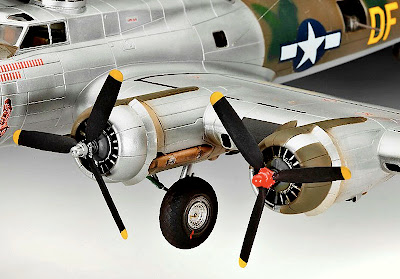 Feature-rich Revell B-17
The 1:48 scale kit is by Revell, and for anyone (like me) who has a thing for the Fort, then there are various features that make it an interesting kit to consider. First off is the decent bomb bay, complete with crisply moulded load. The tyres have the correct cross-pattern tread, while the engines cooling gills are set correctly open, suitable for ground running. The exhaust pipes have nice detailing, as do the wheel wells. 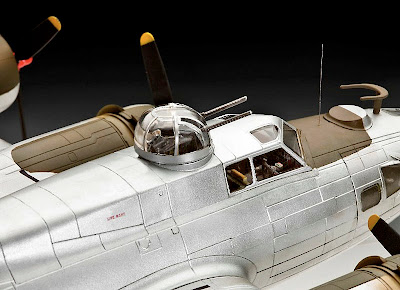 Unusual dome - not
Flaps are selectable up or down, and have ribbed structural detail. Turrets are all present and correct, each with enough internal detail to be reasonably convincing. Interestingly, this aircraft Little Miss Mischief has no clear dome ahead of the flight deck windshield. Unusual, but apparently correct, though if any reader knows why, please let us know. 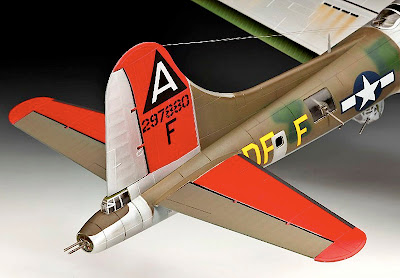 Diorama possibilities
All in all, a handsome model, and one that would look good in a diorama with Hasegawa's 1:48 scale 'Follow Me' Jeep, which we'll have a look at later this week. 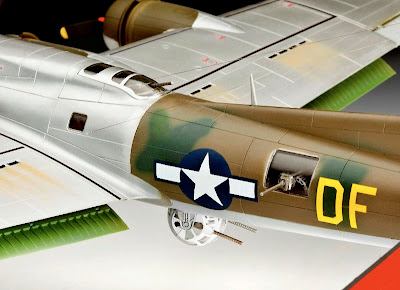 Trust the slide show works well for you. If so, have a wander through earlier posts to enjoy the slideshows now available.