SMN report:
Ready for release in October is this what-if proposal for a supersonic Harrier replacement, from way back in the early 1980s. The team at Fantastic Plastic has revived the design with a 1:72 scale kit, patterned and cast by Anigrand Craftswork, of Hong Kong. 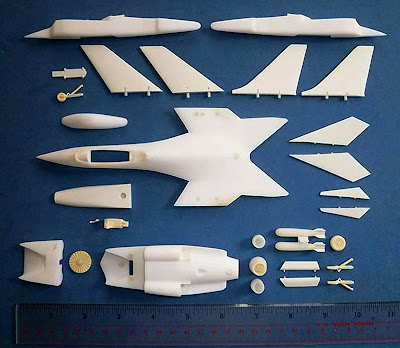 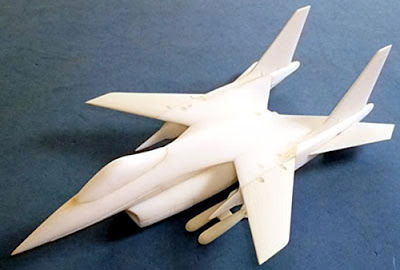 Forward-sweep fighter
The particular design chosen is the Hawker (BAe Kingston) P1214-3, an amazing looking machine with forward-swept wings, giving it a science-fictional X-wing appearance when viewed from above or below. In fact, further studies by the BAe team showed that forward-sweep didn’t give any real benefits, and the following P1216 design (below) kept the twin tails, but swapped the wing for a more conventional swept-back configuration. 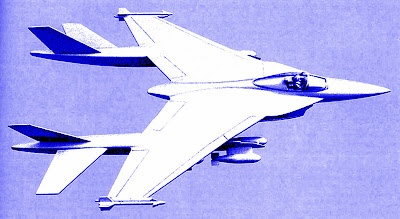 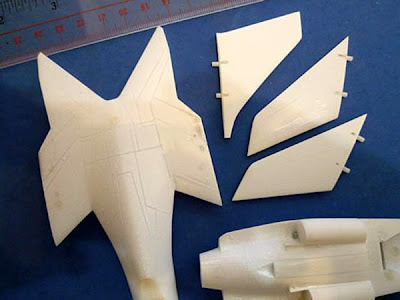 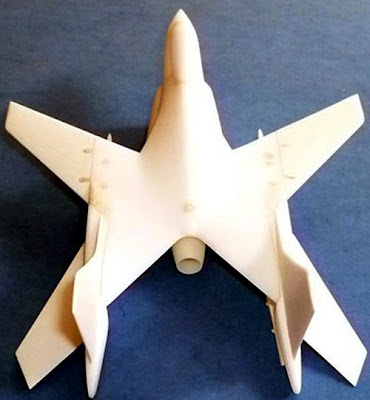 What’s in the box ?
As for the kit, it’s a resin model, split into a relatively few major components. It’ll doubtless be somewhat more demanding to build than an injection kit, but the reward will be in making a model of a rather bizarre-looking aircraft that, in theory at least, could have had the same or better performance than the upcoming Lockheed Martin F-35B STOVL* machine, due for US Marine Corps service in a few years time. That’s if the USMC ever gets it of course - at present, development is on a two-year pause, during which time it stands a fair chance of a redesign, or even cancellation. 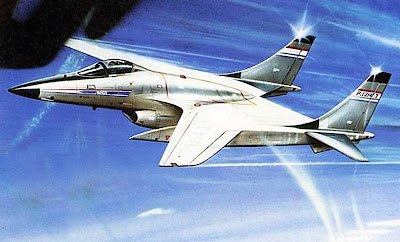 And yet the Hawker concept was a STOVL attacker designed 30-odd years ago! Looks like an interesing kit FanPlan - we look forward to seeing one in the resin.
(*STOVL - Short TakeOff Vertical Land)
Visit Fantastic Plastic here.
If you play computer flightsims, X-Plane has the P1214 available here. 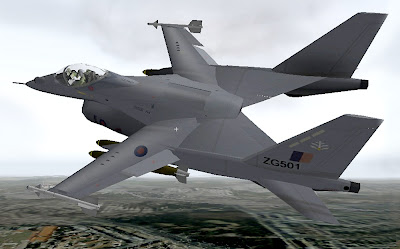