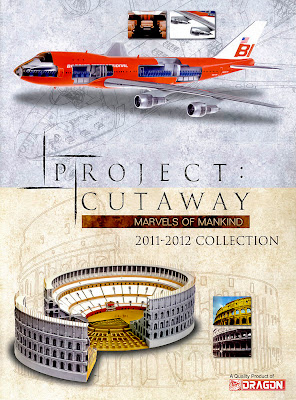 SMN report:
The people at Dragon certainly know how to press the buttons of this model fan. The latest range of ready-built models is called ‘Project Cutaway: Marvels of Mankind’. It’s a brilliant title for a range of cross-sectional models that allow you to see inside, behind the surface detail. 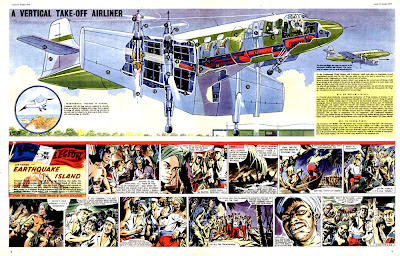 Leslie Ashwell Wood centre-spread from 1955, with strip adventure printed below.
Eagle cutaways
I’ve been fairly obsessed with this sort of thing ever since the days of the British weekly Eagle comic, and its centre-spread cutaways, drawn with skill and loving attention to detail by the likes of Leslie Ashwell Wood, Hubert Redmill and others. 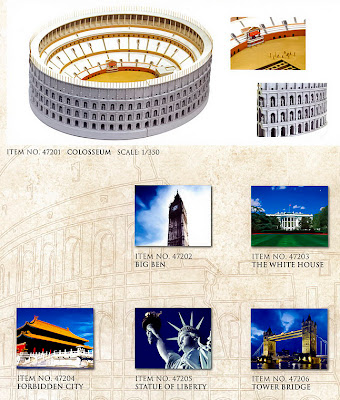 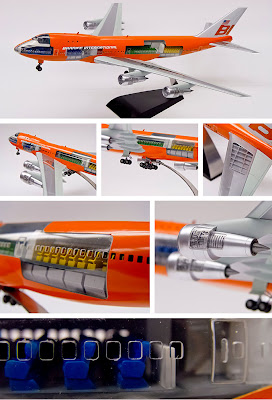 True to scale models
So here we are in 2011 with the concept renewed and reinvigorated, except with models rather than in print. The marketeers at Dragon are keen on presenting Project Cutaway as an educational series, so the first two are the Colosseum, Rome, and a 1960s-era Boeing 747. Dragon’s dramatic promo description states they are: 'Represented in true to scale accuracy and a high level of detail, it’s as close to walking inside the real thing as you can get!' Well, maybe that’s a bit over the top, but they are a good effort! 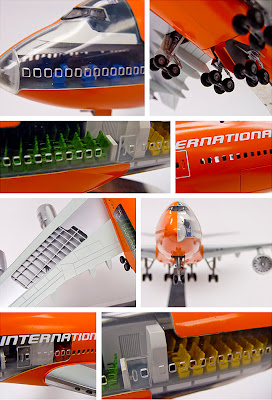 The 747 is particularly interesting for being presented in Braniff Airways markings. Through the 1970s Braniff became renowned for its Alexander Calder-designed ‘Flying Colors’ markings, with ultra-fashionable outfits for the crews. Dragon’s 747 shows Braniff’s flagship, trailed as: ‘The most exclusive address in the sky’. 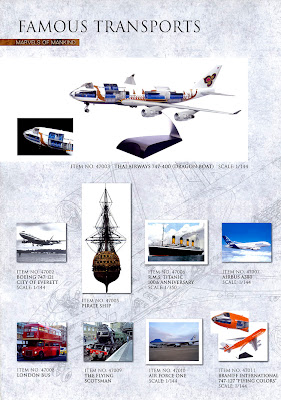 The Project Cutaway series is planned to be a fast-growing set of models, with subjects ranging from ships and aircraft, to trains, buildings and monuments. Here at SMN, we're looking forward especially to the 1:144 scale Airbus A380 which should be a biggie, with a wingspan of some 554 mm (21.8 in), and a fascinating comparison to the former 'Queen of the Skies', the Boeing 747. 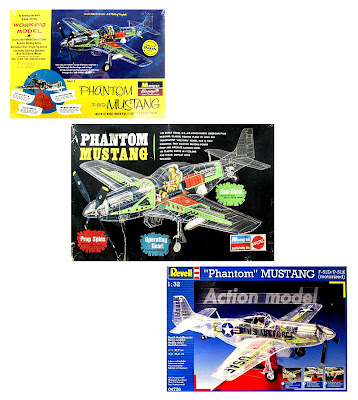 Last but not least, let’s hear it for Monogram, whose pioneering 1:32 scale Phantom Mustang was an unaffordable object of desire for this writer, way back when. It’s been reissued quite a few times, so maybe this coming winter is the time to finally go for it.
View the Eagle Annual of the Cutaways book here.
Email ThisBlogThis!Share to TwitterShare to FacebookShare to Pinterest
Labels: Braniff Airways, Dragon, Eagle comic, Phantom Mustang, Project Cutaway
Newer Post Older Post Home