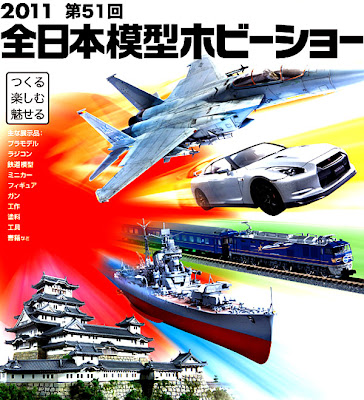 SMN report:
“Heaven on a half-pipe” is a skateboarding colleague’s description of this show, the 51st All-Japan Mokei (Japanese word for ‘Model’) Hobby Show, held on 13-16 October at the Makuhari Messe, Chiba, Japan.
Today is the last day of this mega-display of talent in the miniatures world, where companies vie to present new products, especially those being released over the next few months. Here’s a snapshot of what’s on the menu.
Aoshima
Star spacecraft kit is the Moon probe Kaguya (Selene), while other good stuff includes the 1:350 scale Japanese Navy cruiser Takao, and Honda NSR250R bike in decently big 1:12 scale. 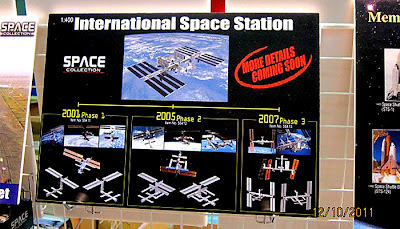 Dragon
High points on the Dragon stand include a 1:400 scale ISS International Space Station, and a 1:72 scale de Havilland Sea Vixen. Watch this space tomorrow for test shots of the Sea Vixen.
Fujimi
Formula 1 racing fans should be well pleased with Fujimi’s Ferrari F10, and there’s yet another 1:72 F-15E Strike Eagle for air modellers. In the full-size world, it’ll be interesting to see whether this wins against the new-design stealth F-35 in the current Japanese Air Force competition. More warships from Fujimi with the Japanese Navy aircraft carrier Hiryu in two scales, 1:350 and 1:700.
Fine Molds
Star Wars fans rejoice, with a dinky 1:144 scale Slave 1, which comes in two versions. Mind you, we reckon neither the Boba and Jango Fett ships on offer here would win a space-race against our black-ops superluminal blockade-runner, constructed at the spaceworks hangar at SMN Towers. 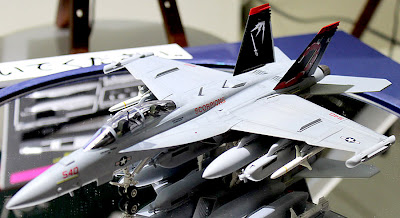 Hasegawa
More Ma.K sci-fi from Hasegawa with a hunter-killer robodog, the Grosser Hund (“Good boy... Now bite him, Rover”). F/A-18 fans will be pleased to see a 1:72 scale model of the EA-18 Growler, the electronic warfare version of the US Navy Super Hornet, this one reduced from Hasegawa's earlier 1:48 model. 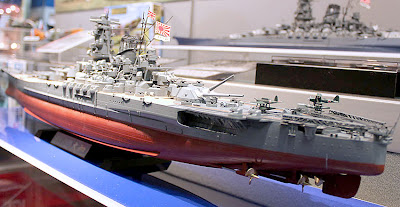 Tamiya
Headline act at the show is the superb 1:350 scale Yamato battleship, an icon to Japanese naval warfare fans, and the basis for a hugely successful sci-fi series featuring a space-going version. The original Yamato and her sister ship Musashi were the largest battleships ever built, and the Tamiya version is packed with detail, including rotating gun turrets. 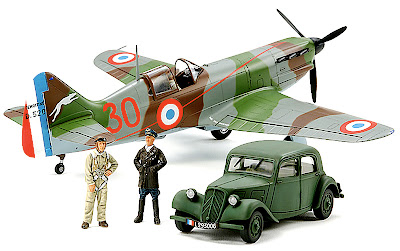