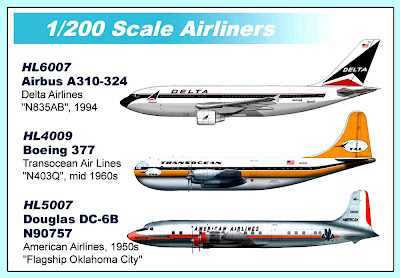 Smallest scale first
Here we have a trio of 1:200 scale airliners, with two of them especially interesting subjects from the golden age of propliners. The Douglas DC-6B competed with the shapelier Lockheed Constellation, but was the excellent workhorse with which PanAm started its transatlantic tourist-class service, in 1952. HM’s DC-6B is finished in American Airlines markings - plain metal overall, accented by a red AA lightning strip along the fuselage sides.

The other two HM airliners are the Boeing Model 377 Stratocruiser, and the more recent Airbus A310 twinjet.

New-tool bomber
Here we have another B-24 Liberator, this time to 1:144 scale. We haven’t seen the Lib in the metal yet, so it will be interesting to see what improvements have been made. If HM have concentrated on finer transparency mouldings and reduced gaps between major components, then it should be worth adding to the collection. 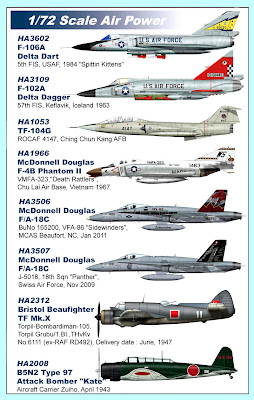 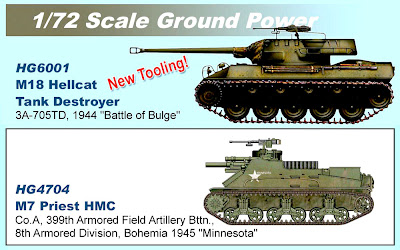 Wide choice for Christmas
1:72 scale model fans are well catered for, with eight aircraft to choose from Favourites here are the Bristol Beaufighter and Convair F-102 Delta Dagger, with the missile load looking a particular draw. And good for HM, these aircraft are matched by same-scale AFVs, in this case, a World War II pair, the new-tool M18 Hellcat tank destroyer, and M7 Priest self-propelled artillery vehicle. These are both unusual subjects and would look terrific with any WWII collection. Incidentally the Buick-built Hellcat was the fastest tracked vehicle of WWII, and could race along at a claimed max speed of 97 km/h (60 mph). 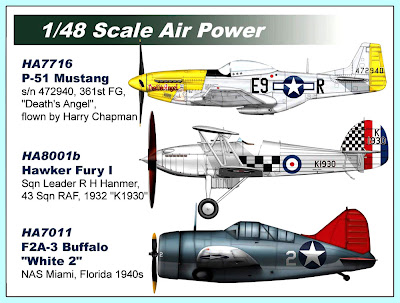 Biggest of the lot
More lusciousness in 1:48 scale with a Brewster Buffalo and P-51D Mustang from the 1940s, plus a shapely biplane, the British Hawker Fury. From previous experience, this ham-handed modelmaker expects Hobby Master’s skilled assembly elves to make a far better job of the rigging inherent with biplanes. If this proves the case, then this Fury is definitely for the in-box.

Matching the set above for scale are four soft-skin military vehicles: a pair of Jeeps, including a nicely detailed red-and-white ‘Follow Me’ item, plus a British Tilly Light Utility car and an amphibious German Schwimmwagen. It’ll be interesting to compare these for detail and finish with the injection-kit equivalents already available. 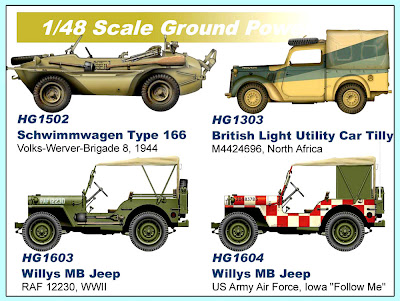