BOEING 787 FIRST COMMERCIAL FLIGHT WITH ANA - BUT ARE YOU GOING TO BUILD A KIT FROM REVELL OR ZVEZDA? 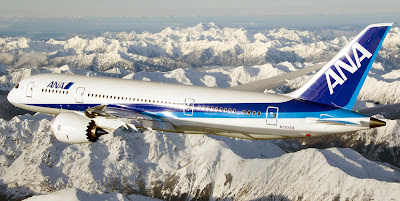 SMN report:
The Boeing 787 Dreamliner has - after many delays - finally gone into passenger service, with the first fare-paying flight by lead airline customer All Nippon Airways (ANA). Years late, the Boeing twinjet is now rewriting the rules for lightweight construction, fuel economy, and passenger comfort.

Injection kits
Meantime, what’s the state of play for scale model 787s? We’ve had a look at the two injection kits presently available, both to 1:144 scale. The Zvezda version came first, and is an extremely neat production. The 787’s trademark oversize windows are well represented, and though our particular kit had a small amount of warping on upper and lower wing halves, all that was needed on assembly was some gentle assistance from clothes pegs and tape. 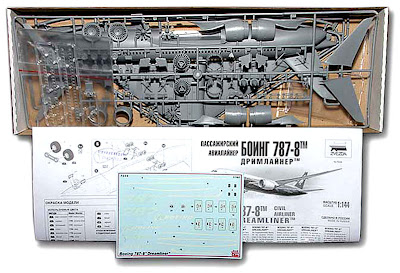 Careful with the fuselage join
The fuselage fits nicely, though as ever with airliner kits, you have to go carefully with the cement and be prepared to spend time with some very loving polish-and-buff to lose the centreline join. Engine assemblies are beautifully done, and would look great even at a larger scale. 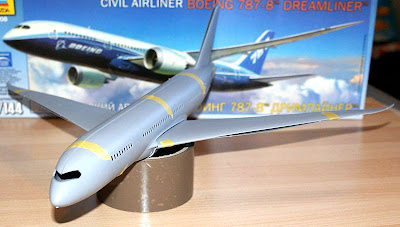 Neat engines
The Revell kit is the new(ish) kid on the block, and we haven’t had a chance to build it yet. But a close look at the components shows that Revell has also made a very nice job of the engines, with the engine fans looking super-clean, especially for 1:144 scale.

Price comparison
The Revell 787 seems to be a bit cheaper at most outlets, so this could be a decision point for you, though either kit will make a fair rendering of this latest jetliner. 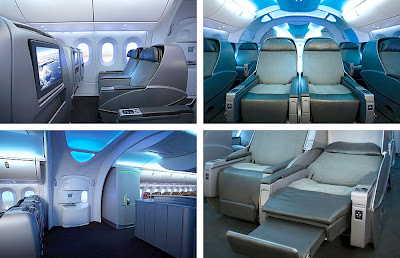 High flight
Have to say: I’m looking forward to having a flight in a 787, not least for the swish new interiors (above) and the view through the windows, which are larger than normal and darken at the press of a button. There's no hauling down a blind when you want to sleep - verree high tech!

Thanks to Britmodeller for construction pix. Much more here. 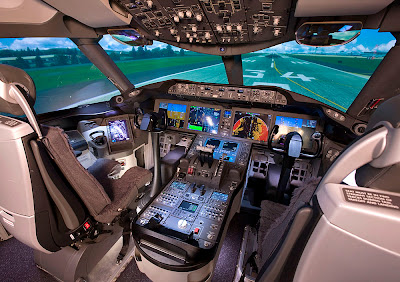