SMN report:
Here’s an unusual early jet-age choice from Hong Kong’s Dragon, a 1:72 scale de Havilland Sea Vixen FAW1. Coming so soon after the 1:48 scale kit from Airfix, does this one measure up to that bigger kit? 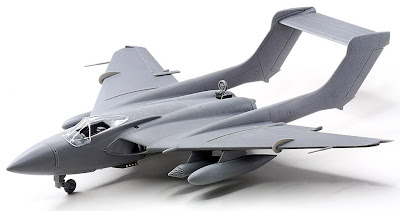 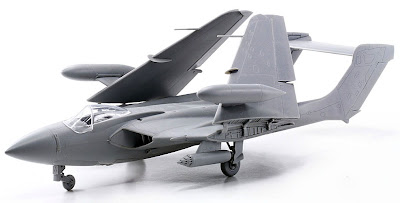 What’s in the box?
The box includes one transparent set of components and four runners for the remainder, all of which are  moulded in plain grey. Two decal sheets give a choice of markings for six Royal Navy aircraft. There’s a clear set of instructions, with paint and marking guides. It’s all neatly packed, and the parts look crisp and sharply moulded. 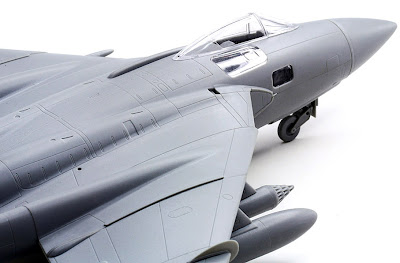 Transparencies
Of particular note are the canopy and hatch to the observer’s ‘coal hole’. Both items are thin and clear, though you will have some careful masking to do when it’s painting time. 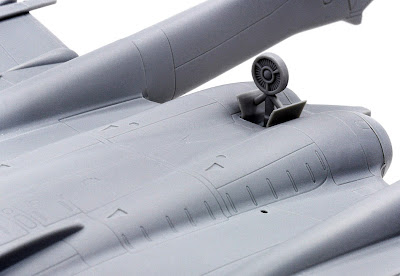 Other features
If you wish to have the ventral airbrake open, you will have to cut a hole and add a blank inside the fuselage as Dragon have not included the brake’s internal bay. That's odd, because the same features for the undercarriage are done nicely, so maybe a bunch of Dragon craftsmen were out at lunch when it came to that particular detail. However, they were back in the office when it came to the pop-up APU Auxiliary Power Unit (pix above) which will make an unusual talking point if you choose to show it in the deployed position.

Under the wings
You can hang a pair of Matra rocket pods and two fuel tanks under the wings. Red Top missiles are included, though there are no instructions for fitting them. My encyclopedia says that the FAW1 carried the earlier Firestreak missile, but the supplied Red Tops would look excellent if you wish to cheat! It's worth mentioning that detail in the wing-folds is carefully done, and will look terrific when it comes to adding some weathering after the paintwork is done.
The case of the shrunken seats
Looking closely, the ejection seats seem somewhat on the small side - the pilot in particular would barely poke his nose above the canopy side frame if he had Dragon’s seat in the cockpit. On the upside, it’s unlikely either seat will look too wrong when canopy and hatch are in place, especially as crew figures are not supplied.
Summation
Compared with the bigger Airfix release, this kit stands up well in most areas, and for the 1:72 scale modelmaker the Dragon is now top choice.
Visit Dragon here.
The Dragon Sea Vixen is arriving soon; meantime, the 1:48 Airfix Sea Vixen is available here.
Here are some pix of the later FAW2 version, which maybe Dragon will see fit to release sometime soon. Certainly those Red Top missiles will be correct! This one is in flying condition and was photographed at Jersey Airport on September 8, 2011. Note the fantail that comes down with the arrester hook. 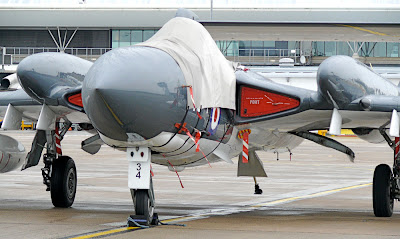 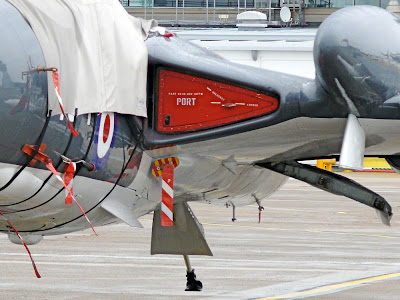 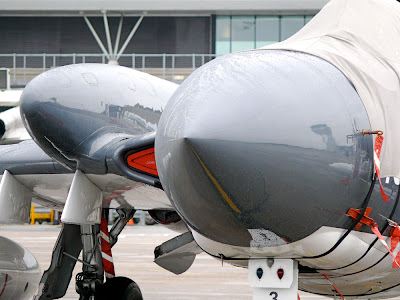 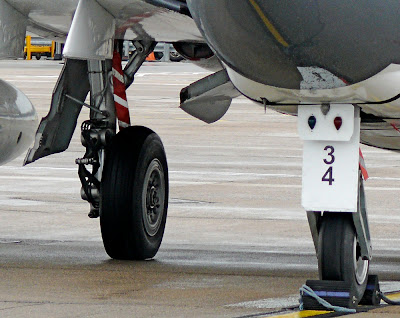 Sea Vixen FAW2 pix taken by David Jefferis. It flew in to give a display at the annual Jersey Air Show, but sadly, rain and low cloud forced the event to be cancelled.
Email ThisBlogThis!Share to TwitterShare to FacebookShare to Pinterest
Labels: de Havilland, Sea Vixen
Newer Post Older Post Home