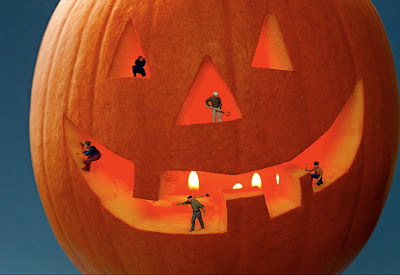 SMN report:
Here’s something unusual, and a little different from the usual SMN line, but as Seattle-based artist Christopher Boffoli has used a range of model rail figures in his works, that’s a good excuse for us to have a closer look. 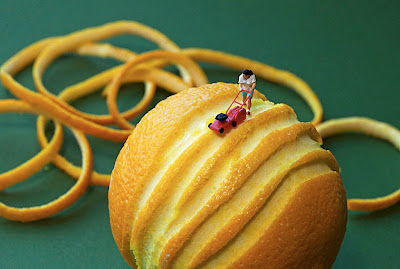 Food meets art
According to Christopher Boffoli, his ‘Disparity’ series aims to highlight the culture of over-consumption, using hand-painted model rail figures, glued into place onto real food. “I chose food as a backdrop because it is a constant,” says Christopher, “People see a striking image of food and are immediately drawn in because it is something familiar.” 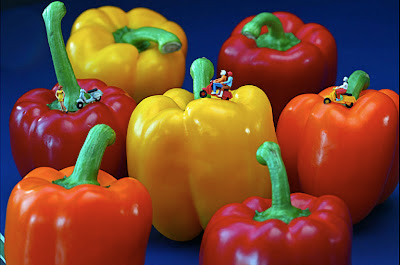 Serious fun
“As an American too, I think my choice is conscious in terms of the strange and often negative relationship that many Americans have towards food. I mean, the work is mostly humorous on the surface and most viewers will react to the humour in it.  But I'm also perhaps making some other statements too about North America's food bounty, overuse, abuse and obsessions.” 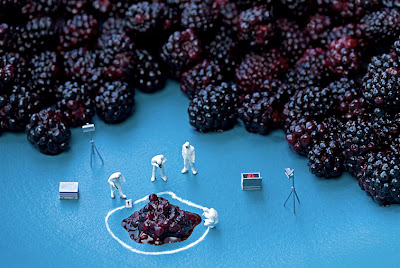 Summation
The SMN view? These are handsome and striking images that show an exotic use for miniature figures. There’s precision and craftsmanship there, as well as a fantasy element. We like ’em.

As for our take on a similar theme, how about those Dragon Apollo 11 astronauts exploring a circular pizza base? Or a platoon of Airfix soldiers camouflaged in a mound of lima beans?!

Many figures from Preiser for your own modelmaking here. 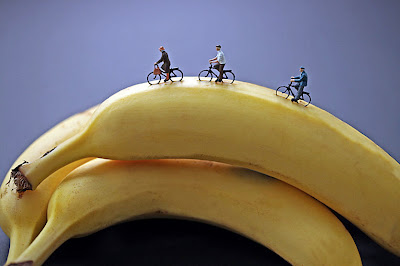