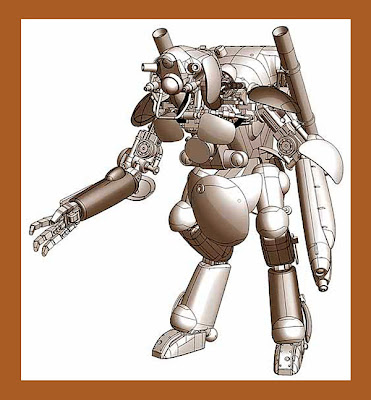 David Jefferis reports:
Here’s more from the Ma.K (Maschinen Krieger) science-fiction universe, first created in the 1980s by Japanese artist Kow Yokoyama. Ma.K is set in the 2800s, with a storyline based on the fighting between various factions as the Earth repopulates after a nuclear war.

Hasegawa has been leading the way with excellent Ma.K kits, and the latest in the line is the new-tool ‘Humanoid Unmanned Interceptor Grosser Hund.’ Grosser Hund (Big Dog) will be to 1:20 scale, and have 196 components. Many of these, particularly the limbs and head, will be moveable using Hasegawa's neat poly-cap system.

Wave Maschinen Krieger
Hasegawa is not the only Ma.K manufacturer: the Wave Corporation does them too. On show here is the beautifully crafted 1:20 scale ‘Ketzer’ future trooper figure. Like other Ma.K trooper figures, the concept depicts a protective powered exo-suit in which the soldier acts as pilot. 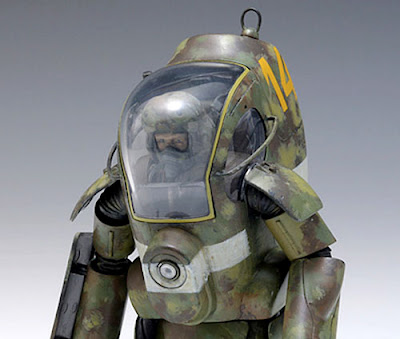 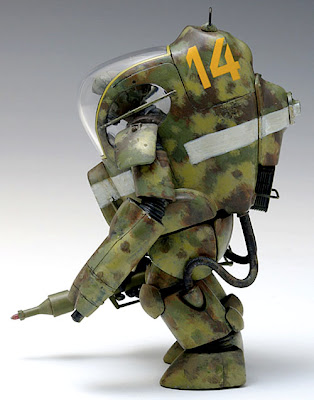 Heinlein came first
The exo-suit is a brilliant concept that was first pioneered by the famed US sci-fi author Robert A. Heinlein in his classic military novel Starship Troopers. In the book, the suits worn by the Mobile Infantry were equipped with everything to attack and survive in combat - from helmet displays and jump-jets to first-aid facilities and atomic weapons. Read it if you can, but note that the more recent pop-culture movies based on the book are no more than a pale shadow of Heinlein’s thoughtful original - and those exosuits have been ignored totally! 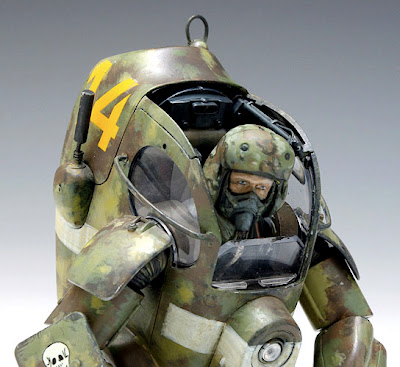 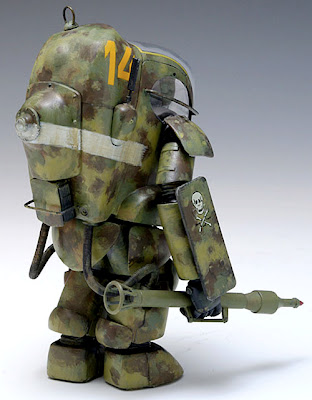 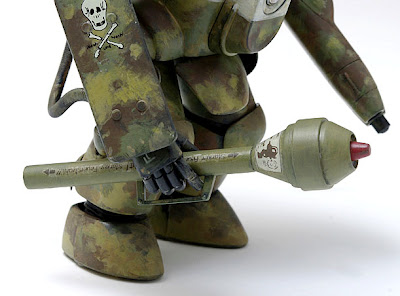