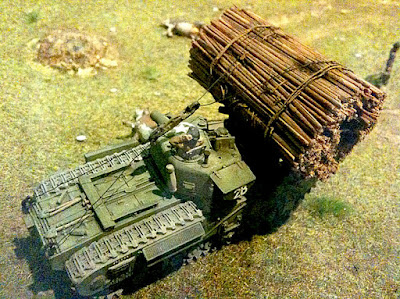 David Jefferis reports:
We recently made an SMN Crew trip to Britain’s largest air museum, near the university city of Cambridge. Imperial War Museum Duxford (just ‘Duxford’ to most of us) is a droolworthy destination for anyone with even the slightest interest in aviation. Apart from the dozens of beautifully preserved aircraft to pore over, there are hangars full of restoration projects - from Mustang to Staggerwing, there’s plenty of choice for all. But IWM Duxford offers more... 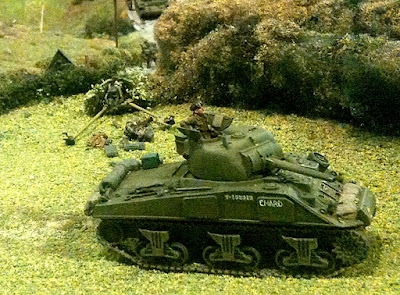 Duxford Land Warfare
Housed at the far end of the airfield are the Land Warfare displays, housed in a separate, newish building. It’s packed with fascinating exhibits, with a prime focus on the World War II era. There’s also the British Army Royal Anglian Regiment Museum to inspect. As this writer’s father was a fighting soldier in the Anglian’s forerunner, the Leicesters, the exhibits here were of particular interest. 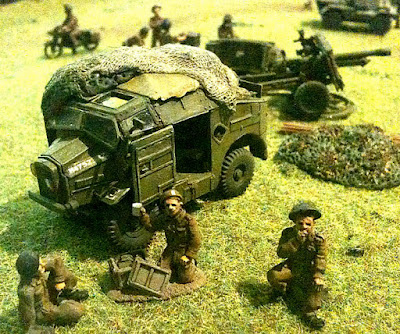 Model displays
The organizers at IWM Duxford have not forgotten model fans either. There are several shops packed with models and memorabilia, as well as assorted miniatures scattered around the whole of IWM Duxford. The ones we show here were in glass display cases in the Land Warfare section, and depict various forms of action in Northern France in World War II. The models seemed to be 1:76 scale in the main, mainly as we could spot various Airfix kits, assembled for the task. The miniature landscaping was pretty good, and as you can see, detailing of this and the model soldiers was carefully crafted, too. 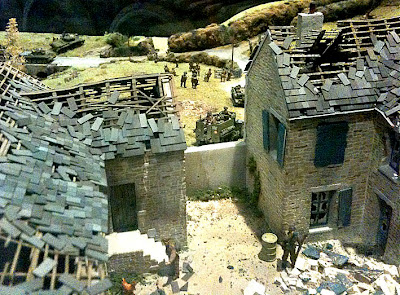 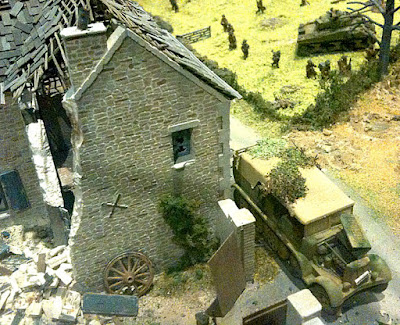 iPhone for low light photography
Note the pictures are fairly grainy - my main camera, a Panasonic FZ50, had run out of battery power (it’s since been dropped in the sea, sob) so these were taken with my Apple iPhone 3GS. There’s no flash on the iPhone, so the results are rather better than I expected, as the displays were not very well lit. Top marks to the iPhone for its low-light performance then, and I look forward to the major improvements offered with the newly introduced iPhone 4S. 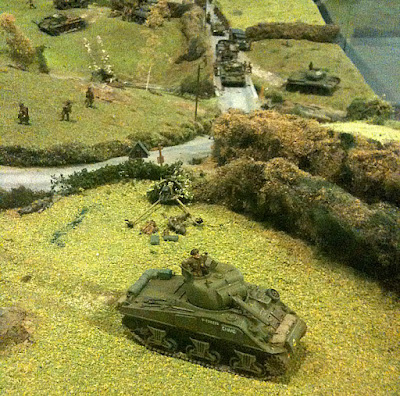 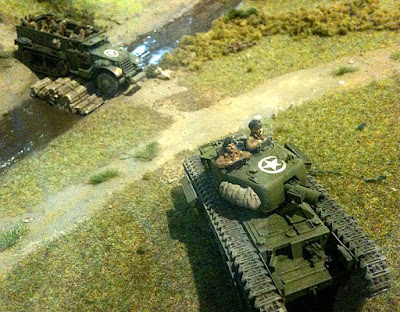