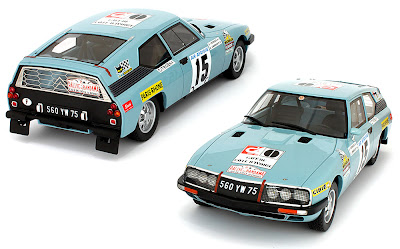 SMN report:
Here’s a new 1:18 scale resin-based model from the French OttOmobile company that’s on release this month. It’s a rally-racer Citroen, the model based on a hot-to-trot Citroen SM from the 1970s. This car starred in the African Bandama Rally of 1973, the year after the race had been stopped for lack of vehicles - there were no finishers at all that year! 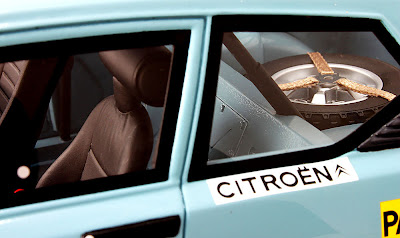 Paris or Africa?
OttO has created a model of the 1973 Citroen that finished in fifth place. It was based on the ultra-stylish Franco-Italian Citroen-Maserati SM, a sleek auto normally far more at ease on the Champs Elysee than on the rough and tumble tracks of the Ivory Coast, home of the Bandama rally. 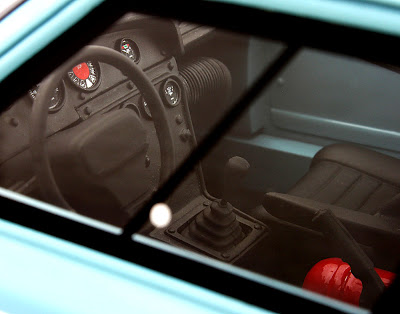 Shortened version
In fact, the rally car was an SM hacked to pieces - it was shortened, and an aerodynamic ‘breadvan’-style Kamm tail replaced the sloping glass of the road car. 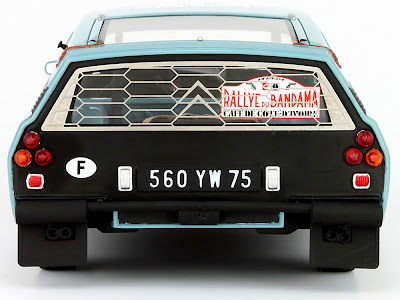 Model or original?
As for the OttO version, compare the pix of the model vs the original (below). We think you’ll agree OttO has done a pretty good rendering of the sky-blue rally racer. 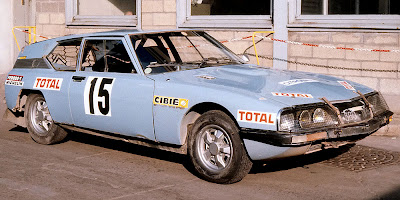 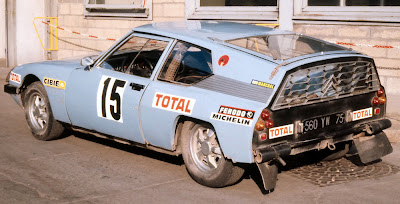 The car that started it all off - the ultra-stylish Citroen SM.
Email ThisBlogThis!Share to TwitterShare to FacebookShare to Pinterest
Labels: Citroen, OttOmobile
Newer Post Older Post Home