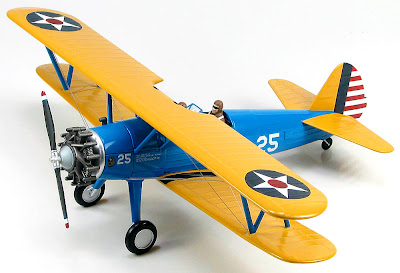 SMN report:
Just coming into stores now is Hobby Master’s 1:48 scale Boeing-Stearman PT-17 biplane. The original was widely used during the 1930s and 1940s, with nearly 9800 built in all. After World War II, thousands were released onto the civil market and used for joy-rides, cropdusting and by private sports pilots. The two-seater is still around today, and many remain in flying condition. 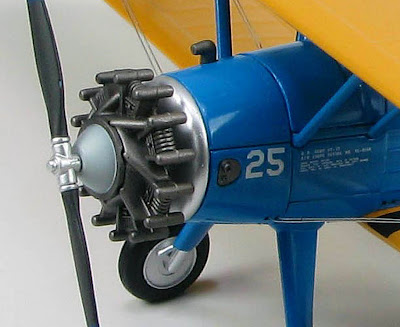 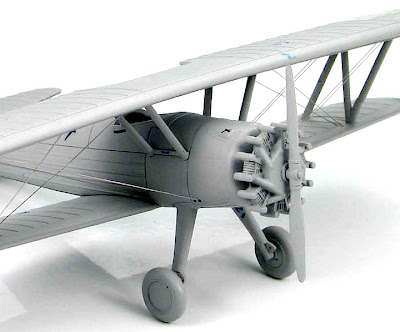 Hobby Master test shot.
Weighty or what?
The Hobby Master model is beautifully produced, with just the right ‘sit’, and of course has the weighty heft that feels so nice in a model, even if the real thing would never have left the ground at that sort of scale weight! 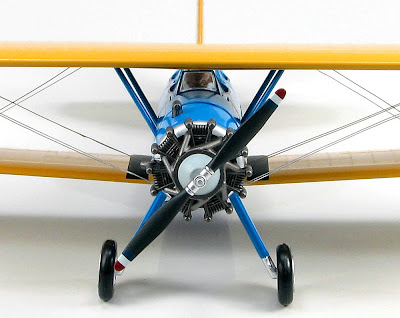 Excellent rigging
Once again, a big plus with a collectible like this is in the fully finished rigging, so difficult to match for anyone with average skills like this writer. Generally, the attention to detail is excellent, especially around the engine. From an appearance perspective, a thin coat of satin varnish would improve this model, just to make it a little less 'showroom' glossy, though it's fair to say preserved warbirds these days are shinier than ever before! A whiff of airbrush weathering would do no harm either, though for a desktop display the ultraclean shine may be what’s wanted, in which case, no probs, as that’s what you get fresh out of the box.

All-yellow scheme
Another version is offered by HM, an egg-yolk yellow version, used for flight training in wartime Canada. This one manages to look a little plain-Jane we reckon, but does offer a change from the bright and bold US markings. 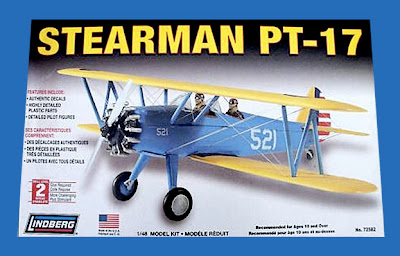 Plastic kit available
There is a kit alternative, in the form of the Lindberg offering to the same scale - and it comes with more realistic-looking instructor and trainee figures, too. 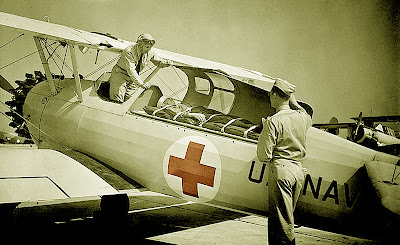 Flying ambulance
An interesting kitbash could be the N2S air-ambulance version, flown in the early 1940s from the Navy Air Station Corpus Christi, Texas. It was developed as a rescue machine, necessary because of the number of accidents during pilot training in the area. A good source for this kit is ebay, where we found several on offer.

What about a balsa model?
Guillow’s balsa models are always good for honing a different set of modelling skills, and the 1:16 scale release could make a real change. The 711 mm (28 in) wingspan aircraft is designed to fly if you wish, with options that include rubber-band or fuel engines. 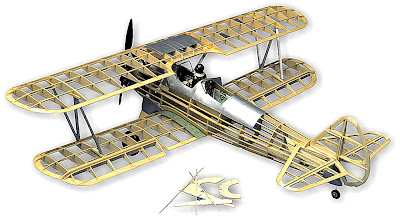 There are suppliers aplenty for the PT-17, including ModelZone which is taking pre-orders here.
Visit the Hobby Master range here.
Guillow’s PT-17 here.
Last but not least...
Here's a bunch of pix we took of the PT-17. The one hanging from the ceiling is at Duxford, UK, the others are all of a handsome example in the hangar of Tiger Airways, an outfit based at Gloucester Airport, UK. Tiger offers a range of flying experiences, and come highly recommended by my daughter, who flew her first aerobatics one Sunday morning. Visit Tiger Airways here. 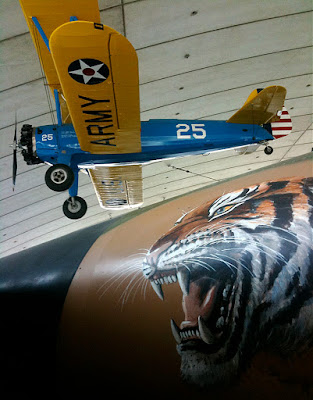 The PT-17 matches the Hobby Master model. F-111 in the foreground. 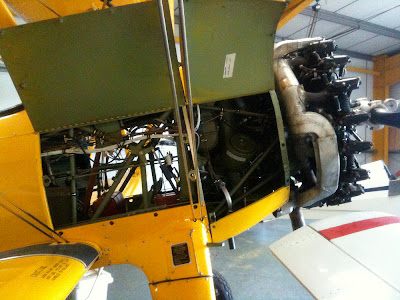 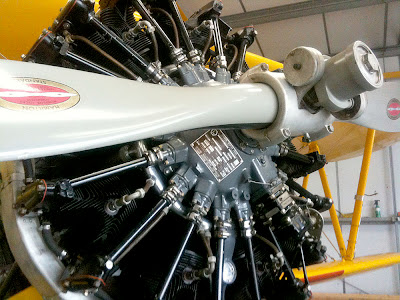 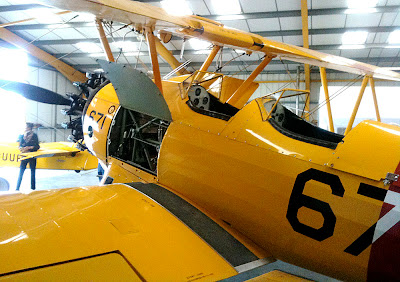 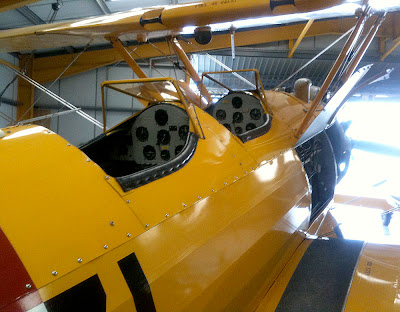 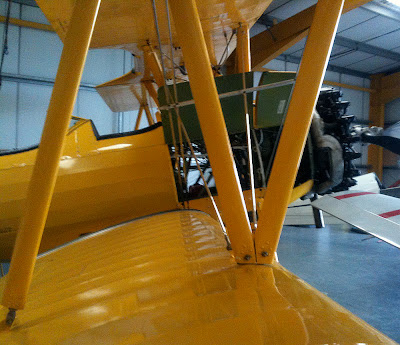 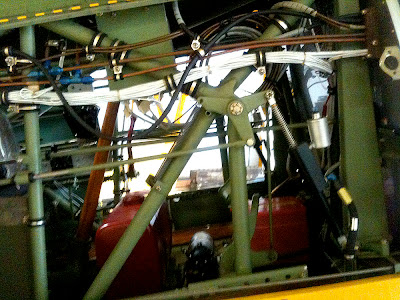