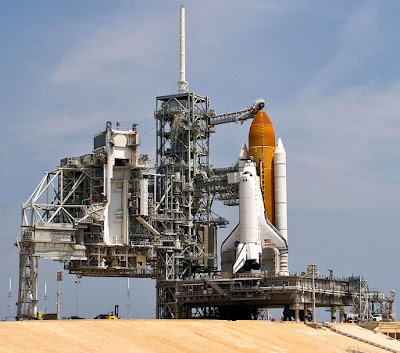 SMN report:
The Space Shuttle is dead... so long live the Space Shuttle. Only in the model world, that is, but an interesting set of superdetail kits has just been released by the Dutch company LVM to help relive those days of Shuttles roaring off the launch pad. The kits are designed to integrate with the 1:144 scale Revell Launch Tower kit, first released back in the mid-1980s. They offer a mixture of metal-etch and plastic parts, which combine to add a real air of authenticity to the basic kit. 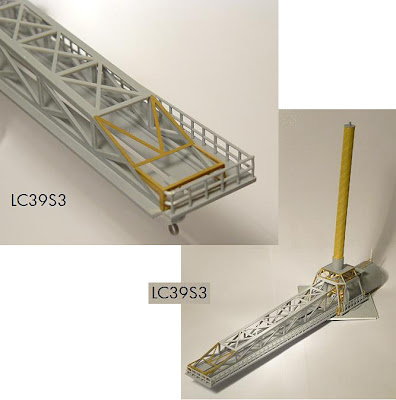 LVM parts should assemble to create a highly accurate structure.
Immense amounts of pipework
Not that lack of these LVM products has stopped people from kitbashing their own versions, as the pictures here make clear. The real thing has more ironmongery than you would believe - just click-zoom on the pic of STS-127 Endeavour on the pad to see what we mean. Even an oil refinery is hardly in the same class! 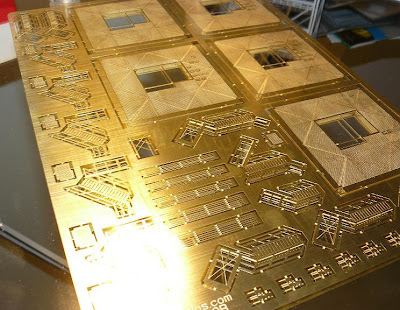 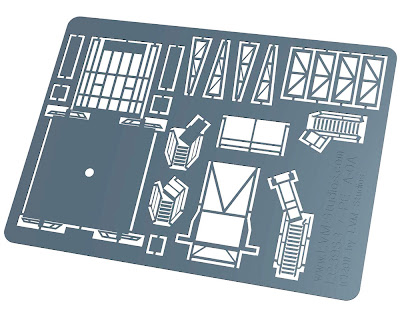 Detailed metal-etch components from LVM.
Visit LVM for more detail
The LVM kits appear to be works of love and perfectionist care to us, and deserve to succeed - so if you’re into the Space Shuttle, pay LVM a visit at the site address below. The kits all come with extensive assembly manuals, are available now, and are intended to be the first in an ongoing range. 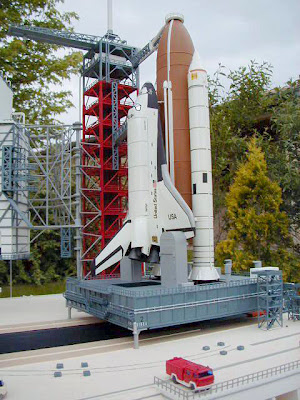 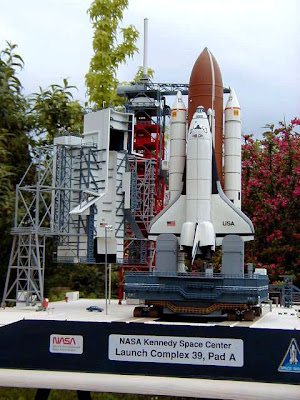 Amazing detail and dramatic presentation in this model by Vincent Meens.
See the Space Shuttle
Talking of Space Shuttles, while none will see the High Frontier again, at least they will be on display in museums across the US. As planned, they will end up at these sites:
Atlantis at the Kennedy Space Center Visitor Complex, Florida.
Discovery at the Steven F. Udvar-Hazy Center, Virginia.
Endeavour at the California Science Center, Los Angeles.
Enterprise at the Intrepid Sea, Air and Space Museum, New York.
However, hundreds of folks from Ohio are trying to get a change in plan for the Enterprise, and move its display home from New York to the US Air Force Museum, Dayton. A few days ago a petition had reached 1600-plus signatures, so who knows where Enterprise will eventually “boldly go.”
Visit LVM here.
More pix of Vincent Meens' ace (and huge) Space Shuttle model with launch complex here.
Email ThisBlogThis!Share to TwitterShare to FacebookShare to Pinterest
Labels: LVM, Space Shuttle, superdetail
Newer Post Older Post Home