WIN A BATTLE OF KURSK TANK DIORAMA FROM CORGI 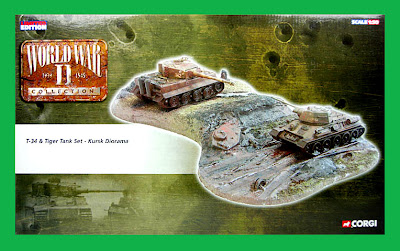 SMN report:
Here’s a chance to win a two-tank battle diorama set from Corgi. The set is from the World War II Collection, and features a 1:50 scale Panzer VI Tiger I swapping rounds with a Red Army T34/76, portrayed as they might have looked during the Battle of Kursk, 1943. Packed in their big box, the pair make a hefty item, weighing in at some 5 kg (11 lb).
About the Battle
The Battle of Kursk was the largest armoured engagement ever, and included the most costly single day of air warfare in history. Kursk ended with decisive defeat for the Germans, and this allowed the Red Army to take the offensive, marking the first step in taking the war all the way to Berlin. 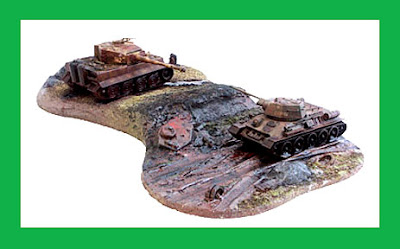 Massive casualties
Both sides lost huge numbers of troops during the Battle of Kursk. Axis losses suffered some 203,000 casualties, while the Red Army’s were more than four times greater. But despite that massive difference, the battle exhausted the overstretched Germans, and was a turning point in the war.
How to enter
So having the opportunity to win a 1:50 scale Corgi reference to this most important engagement is pretty good, we’d say. To stand a chance of winning, just answer a simple question online, then cross your fingers.
Enter the Corgi competition here. 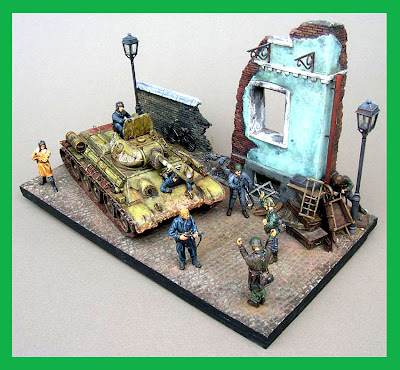