CLOUD OF KITS FLY IN FROM PEGASUS

Mat Irvine reports from iHobby Expo:
Continuing my look at the new goodies on show at iHobby, this time I'm inspecting Pegasus Hobbies, a company that started off by making glitzy accessories for car modellers, an aspect it still does, but that now also makes aircraft and military models, and is best known for its science-fiction kits. 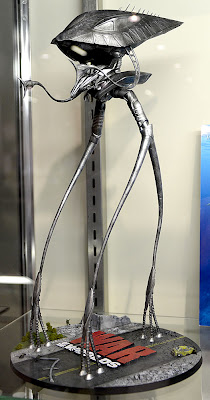 War of the Worlds
This is high on the Pegasus listing, and with the classic 1953 George Pal movie having been covered, attention is now being given to the more recent Tom Cruise movie of 2005. A Martian figure has already been released, and next up is the three-legged Martian war machine. Interestingly, the Pal ‘flying’ design was the only one that eschewed HG Wells’s text description - all other versions, including the Jeff Wayne audio and stage show version, and this latest, follow Wells closely. The Pegasus kit is big and tall - it stands more than 600 mm (24 in) high, even in 1:144 scale. The kit will also provide an opportunity for internal lighting, and a pre-production set-up by VoodooFX was on show. It's an impressive model - just look at the size of the car on the display base! 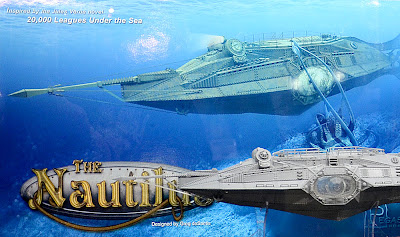 Nautilus
The submarine Nautilus, from Jules Verne’s novel 20,000 Leagues Under the Sea should be available soon. This Pegasus design has a slight resemblance to the Disney movie version, however, it still has much more ‘design’ than Verne, who described the submarine as little more than a cigar-shaped tube. Perhaps that was fine at the time of writing, but it’s not much good as a screen star, hence the alternative designs.

My Favorite Martian
Mixed in with the ‘serious’ sci-fi kits was this one from a comedy, the spacecraft flown by Uncle Martin in the 1963-66 US TV sitcom My Favorite Martian. You get a neatly-moulded 1:18 scale spacecraft, with opening doors and detailed interior, plus a standing figure of Ray Walston, who played the Martian.

Kothoga killer creature
To come are two new fantasy creature kits, first Kothoga, as featured in the 1997 horror movie The Relic. The 1:12 scale Pegasus Kothoga model looked to be well up to par for this kind of production, and a certain draw for horror lovers. 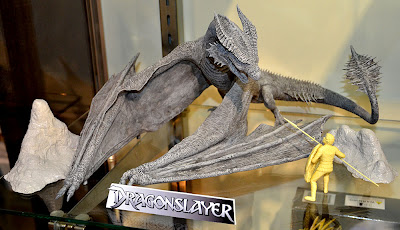 Vermithrax dragon
The second fantasy creature is the dragon Vermithrax, which breathed fire and fury in the 1981 movie Dragonslayer, not to be confused with Draco, the feature-creature of DragonHeart of 1996, which has been kitted by Revell-Monogram. Vermithrax will be joined in the box by the movie's human star, the young wizard Galen, played by Peter MacNicol, before he found wider note on TV, starring in the medical drama Chicago Hope and crime series Numb3rs. 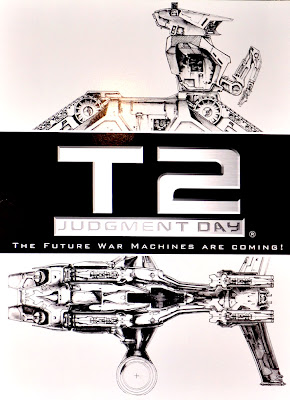 Terminator 2
Away from fantasy and back to science-fiction proper, 2012 releases will include deadly machines from Terminator 2: Judgement Day, including the Skynet Aerial and Tank Hunter/Killer robots, both kits made to 1:35 scale, and in solid plastic, not vinyl. 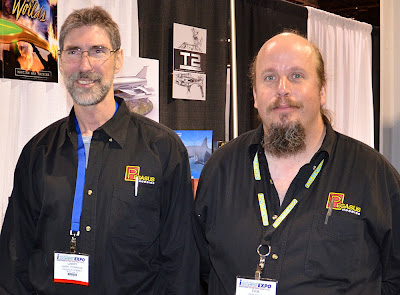 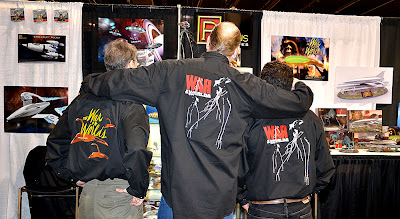 Pegasus staff are enthusiastic about The War of the Worlds.