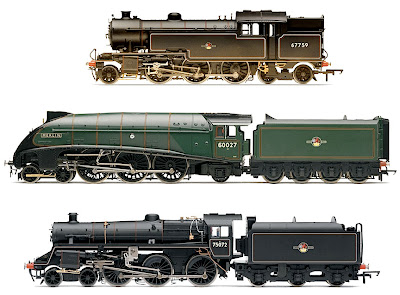 SMN report:
Hornby, owner of the famous Airfix, Corgi, Humbrol, Hornby trains, and Scalextric names, has posted an 80 percent jump in first-half 2011-12 pretax profit, and looks forward to a good result for the next half too, as it eyes a mouthwatering boost from selling Olympic Games-linked products.


Massive increase in Eurobiz
Sales in European grew by half, not least because Hornby has improved supplies to dealers - today, famous names like Arnold, Electrotren, Lima, Jouef, Superslot, and Rivarossi come under the Hornby International umbrella.

Squeezed sales
In Hornby’s UK home market, growth was just 4 percent, reflecting tightening buying power from the combo of rising prices and government spending cuts. But it's still positive territory, with Christmas still to come, and important links to big public events in 2012.

Olympic links
Hornby has merchandise rights for the 2012 London Olympics, and reckons that a pre-Games boost from the growing range of logo-marked items - from specially-marked Underground trains (above) to diecast Olympic taxies - will: “cushion the group against challenges”, meaning that a popular public event like this should help to open people’s wallets more than usual.

What it means for model fans
Profit is Hornby's lifeblood for fresh investment in new kits and models, and the future pipeline is packed with great new stuff.

Deals for Christmas
Go to Hornby for some cracking Christmas present deals, with massive markdowns on ready-to-run train sets, such as the two sets shown above.