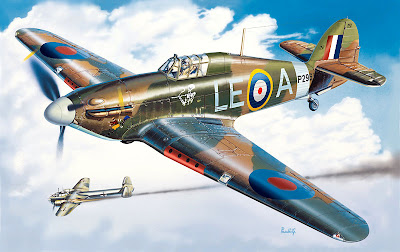 SMN report:
Is there room for another Hawker Hurricane kit? There are certainly plenty of them around, but this new-tool Italeri kit looks worthwhile, even if it does face stiff competition, not least from Hasegawa’s kit to the same scale.

Fabric fuselage
One of the Hurricane’s distinctive features is the humpback fabric-covered rear fuselage, and here the Italeri kit scores well, with the curve at just the right angle, and an extremely good texture behind the cockpit that really looks the part. 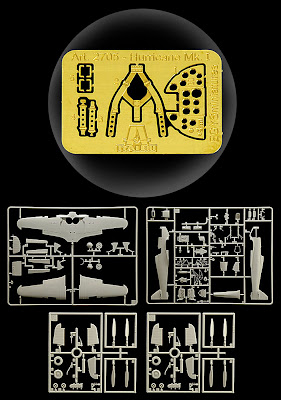 Engine revealed
Italeri has provided a neat engine, and you can show it to the world after assembly, because removable cowling panels are supplied. It’s perhaps not the finest 1:48 scale engine ever moulded, but with care and attention will look the part. And that goes for the cockpit, which is detailed and very nicely done indeed. As you can see from the pic (above) a small photo-etch sliver is supplied, carrying the instrument panel, seat belt, and also a set of ultra-fine cockpit handles - well done for these, Italeri. 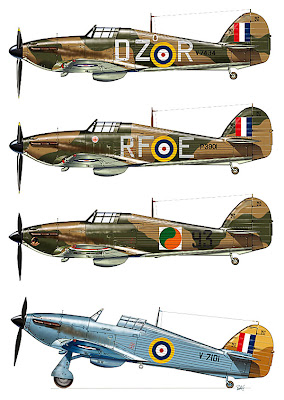 Different versions
Parts are supplied for fabric- and metal-skinned versions, along with alternative propeller spinners and landing gear. As is right and proper at this scale, the control surfaces are supplied as separate components, to be deployed as you wish. Moulding quality is generally good, especially with the supplied transparent components, which are very clear. 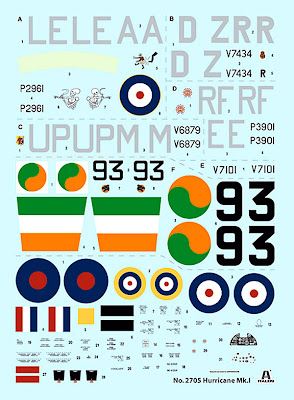 Excellent decals, instructions and book
The kit comes with an interesting decal sheet printed by Cartograf. Note the unusual green-and-orange yin-yang symbol of the Irish Air Force. The instructions come via a a neatly-produced 16-page booklet, which includes an aircraft history, step-by-step build notes, drawings for alternative markings, and finish details. There’s also a smaller A5-size 36-page colour reference book, packed with notes, photos, drawings and much more - a very useful addition, and worth a good read at some point. 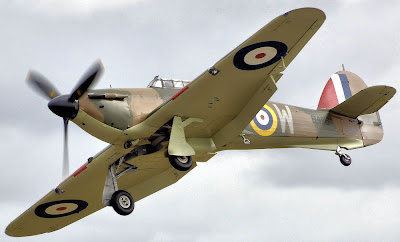 The real thing in the air - a beautifully preserved example.

About early Hurricanes
The Mk 1 was the first production version of this British monoplane fighter, produced from 1937-39. It had fabric-covered wings, and a wooden two-bladed propeller, powered by a Rolls-Royce Merlin engine. Armament was a set of eight Browning machine guns, a quartet buried in the leading edge of each wing. A revised Mk 1 was fitted with a more efficient constant-speed metal propeller, sturdier all-metal wings, and various other detail improvements. The Royal Air Force received some 500 of these to form a major part of its fighter force, pretty much in the nick of time for the opening phases of World War II.

Summation
A thoughtful kit that truly makes the grade in 1:48 scale. Italeri will doubtless be adding variations in future, and a shelftop display squadron of Hurricane sub-types is a mouthwatering prospect. 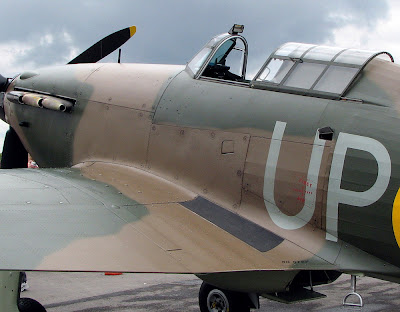 On the ground - note the windshield mirror, canopy handle, and access stirrup.