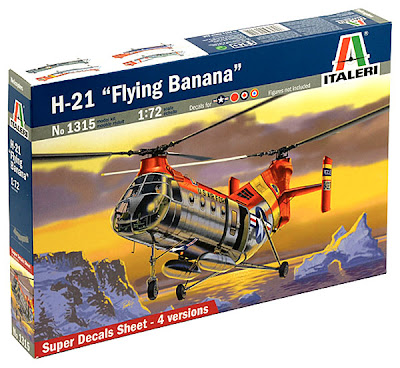 SMN report:
The Italeri twin-rotor Piasecki H-21 is a 1:72 scale kit for nostalgia-loving helo fans. First flown in 1952, the H-21 was flown by half a dozen air arms, and numerous civil operators, so the choice of markings for this kit is large. 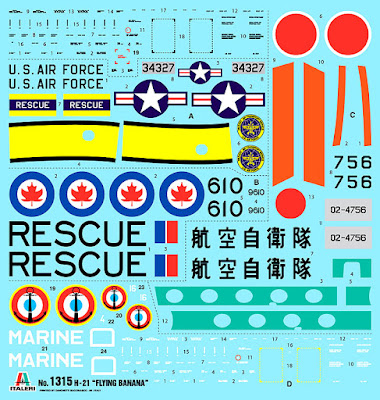 Quartet of markings
Italeri provide four decal sets, so straight from the box you have a choice of US Air Force, Canadian, French, and Japanese markings. The model is neat enough without setting a high bar, and this release will produce a model some 363 mm (14.3 in) long. That’s including the three-blade rotors: the fuselage measures 223 mm (8.75 in) long. At this scale there’s not too much opportunity for maxing out flight deck detail, but the the instrument panel pic (below) should help you add that extra finishing touch. 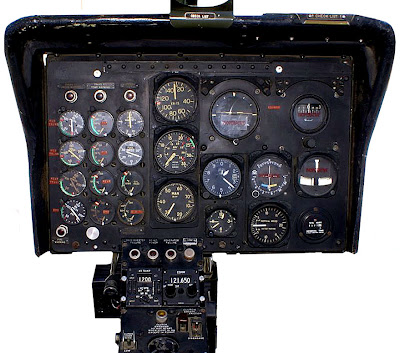 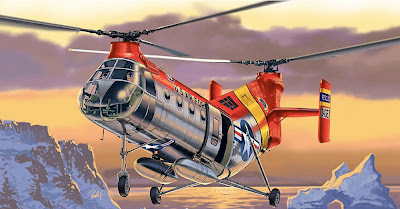 Italeri box art
The Italeri boxtop depicts an Arctic scene, a region for which the H-21 was designed. The helicopter’s prime early role was for supply and maintenance of the US/Canadian Distant Early Warning (DEW) line chain of radars, built to warn of possible Soviet attack during the early Cold War years. H-21s could operate safely in temperatures as low as -54C (-65F) - brrr! Despite its size and appearance, the H-21 was powered by just one engine, an air-cooled Wright Cyclone. The underslung twin fuel tanks were commonly used, as the Cyclone was not noted for economy. Rightly, these are supplied components with this kit. 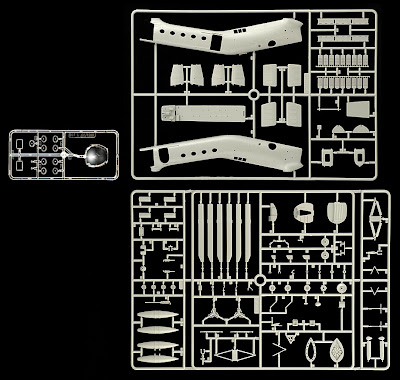 Parts layout
The component trees for the H-21 show a fair amount of detail, with the textures of the horizontal tail unit well executed. The transparencies include nine portholes, plus a pair for the doors, and of course, the bug-like nose. The rotor blades come in two sets of three, appropriately angled for their counter-rotating spin directions. A fuselage floor is included, as are bulkheads and some other details, but the kit cries out for more work in this area, especially a miniature Wright Cyclone engine. If you’re listening Italeri, make that a USP for a new-tool release next time round - you could even include a maintenance trolley, so the powerplant could be displayed next to the helicopter. 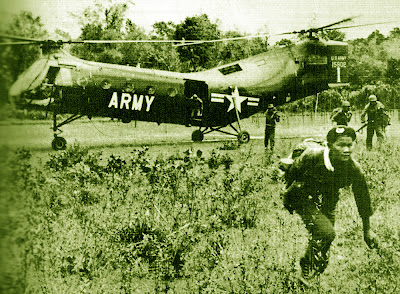 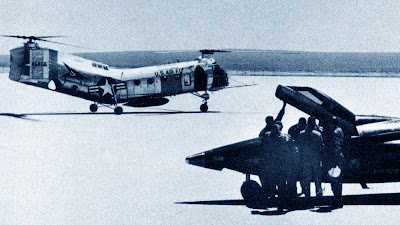 Service in the 1950s and 1960s
The French used H-21s in the Algerian War, where they were used primarily as transports for up to 20 combat troops at a time; tests were made with gun, rocket, and bomb-carrying machines, which would make interesting kit-conversion possibilities. Later on, H-21s were used by US forces in the opening phases of the Vietnam War, while the Japanese used these helicopters for rescue duties. 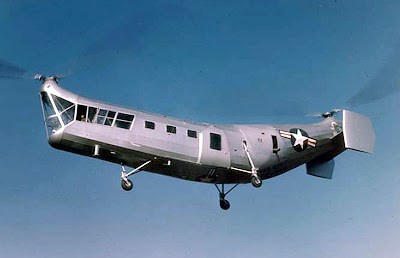 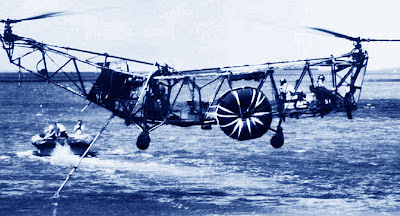 Origin of the flying banana name
The H-21 was one of several Piasecki twin-rotor helicopter designs, the first of which was the HRP-1 of 1944. This had a frame of steel tubes and wood ribs, covered in doped fabric, and its bent fuselage shape - designed so the rotor blades would not hit each other - was responsible for the ‘flying banana’ nickname. The fabric skin helped aerodynamics in forward flight, but - as you can see from the picture (above) - it wasn’t needed to hover safely. In service, the fabric often got ripped and torn, with repairs made mostly with lengths of sticky ‘gaffer’ tape!

All sorts of Italeri kits here.