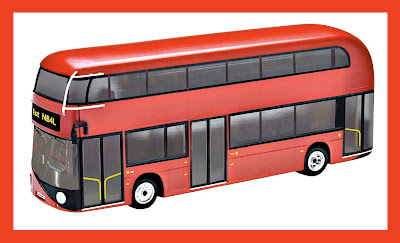 SMN update:
Corgi has announced a target release date of March 2012 for the 1:76 scale New Bus for London (NB4L) now under development, and currently running on a similar schedule to the real thing. The Corgi diecast model will scale out to 146 mm (5.75 in) long and be marketed under the successful London Original Omnibus Company (OOC) name. As planned, the first OOC New Bus will wear the livery, destination, and numbers of the first route that the new bus will serve. Corgi planners are expecting to see details of this route very soon. 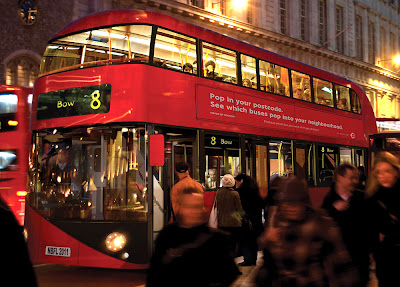 New Bus for London background
It’s been a pet project for London mayor Boris Johnson, who drove the first one produced earlier this month, where they are being made in Ballymena, Northern Ireland. Fitting in with London’s eco-friendly clean-and-green ethos, the bus is powered by a diesel-electric hybrid system, which cuts fuel consumption and noxious emissions by more than half.

On the highways
The target in-service date is in time for the London Olympics to be held in July and August 2012, and this should be met, with at least eight vehicles running on the streets of London during the first half of the year. 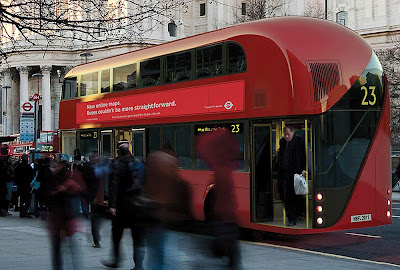 Riding on the New Bus
For passengers, bus travel should be improved by having much better access. The New Bus has three doors - at the front, in the middle, and at the rear, which has a traditional open platform for peak-hour use, but can also be closed off at other times. Two staircases will speed movement to and from the upper deck, and the designers at Thomas Heatherwick Studio have incorporated sweeping glass up each staircase - great views guaranteed. Interiors are pretty good too, with better lighting and stylish fittings. 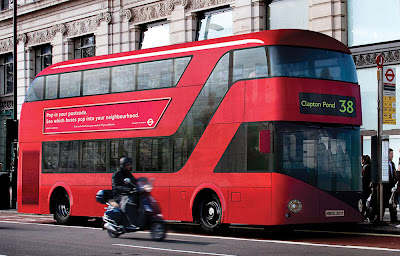 Several scale and types of New Bus for London
Back to Corgi, which has plans for a range of these buses, including a 'fit-the-box’ toy, and a diecast key ring memento. This will partner the Routemaster bus keyring, already on release (below). In Corgi’s words, these assorted items are planned: “so everyone from school children to tourists can carry a London souvenir in their pocket”.

More please
So far so good, but we have requests to make. Please Sun Star, can we have a nice big 1:24 scale diecast, and Revell, howzabout producing a detailed injection kit as soon as you can!