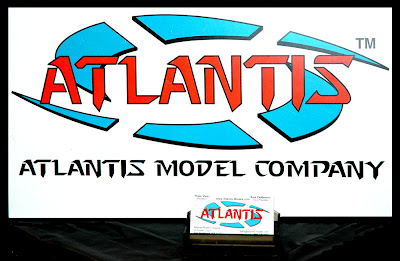 From Mat Irvine:
One of the newest of the ‘new companies’ with connections to the original Aurora company is Atlantis, the model-kit arm of Megahobby, an online hobby distributor with the declared aim of bringing plastic modelling: “back to the level of popularity it once enjoyed.”

Atlantis is run by Pete Vetri and Rick Delfavero, who have cemented the Aurora connection by using as consultant long-time Aurora Project Manager, Andy Yanchus. 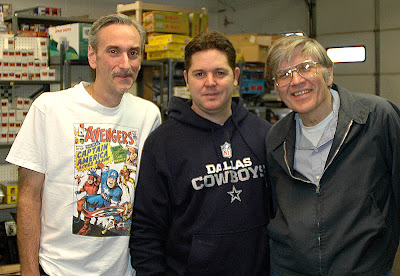 Left to right, Rick and Pete, with consultant Andy, in the Megahobby warehouse, Long Island. 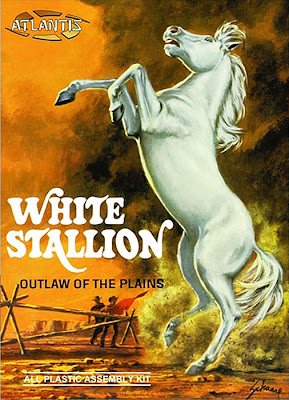 Atlantis White Stallion kit, box (above) and assembled (below). 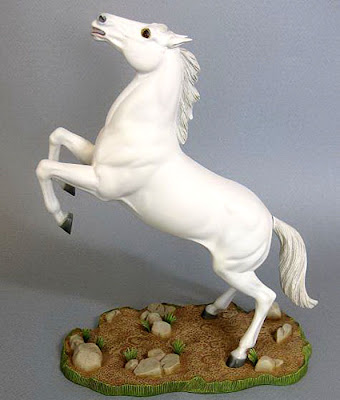 Latest from Atlantis
Latest releases both have Aurora connections, but with a slight difference. The 1:12 scale White Stallion kit is one of Aurora’s originals, and has also been issued separately with riders in the form of Zorro and the Lone Ranger. Zorro is another Atlantis issue, and the horse is identical in both kits, except that Zorro’s mount is moulded in black plastic. The simple colour change helps give the two kits a completely different look. The White Stallion kit itself makes a quick but satisfying build, with just 19 components to assemble. 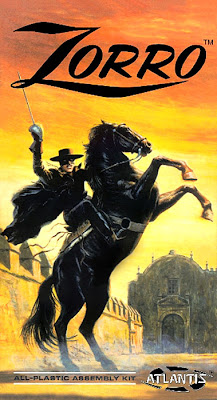 Atlantis Zorro, box (above) and assembled (below). 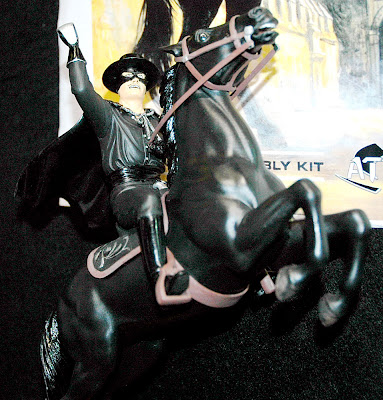 Recreating Aurora and more
At first glace, the Black Bear and Cubs may also look like a simple reissue of the original 1:12 scale Aurora kit, and from a photograph you’d be hard-pressed to see any difference. But this is a larger, 1:10 scale recreation, and you also get a forest floor base with tree stump, on which to place the mother and her two cubs. Given a bear’s protective nature towards her offspring, don’t go messing them around - and make sure you hang your food stash high out of reach! 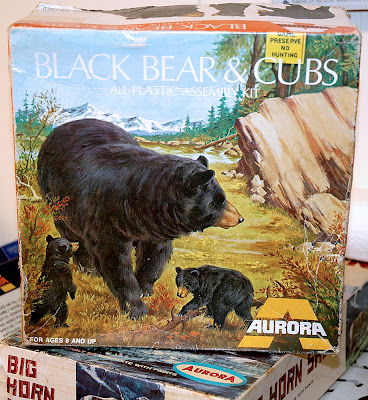 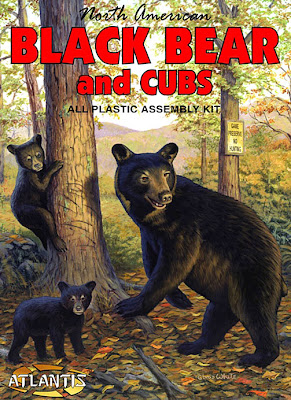 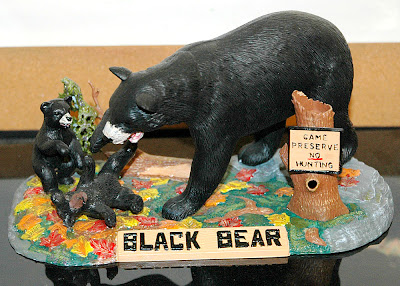 Aurora Black Bear and Cubs (above), and Atlantis version (below). Exciting items for 2012
Due in 2012 will be more Aurora-originated models, all figures. To join the American Wildlife series will be the 1:12 scale Big Horn Sheep, and 1:8 scale White-Tailed Deer. And for fans of adventure on the high seas, it isn’t all ‘Pirates of the Caribbean’, as Atlantis are bringing back two original Aurora kits, Blackbeard and Captain Kidd. If you want cinema connections, the original Gladiator and Spartacus figures are also due for reissue, along with the Viking and Crusader. Excellent stuff - it looks as if 2012 will be a vintage year for figure modellers.

Coming your way in 2012 - the dread pirate Blackbeard.