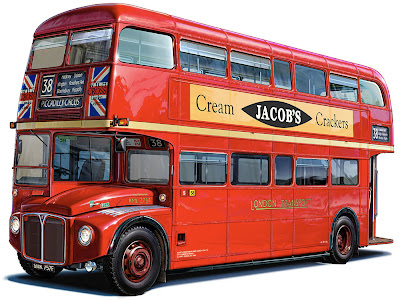 SMN update:
It looks like the Revell 1:24 scale AEC Routemaster London Bus will be generally available this side of Christmas. And better still, the big red double-decker will be joined by a same-scale London ‘black cab’ taxi. Both kits should be in the stores shortly, and by the looks of things, ought to be on any public transport lover's Christmas stocking list. 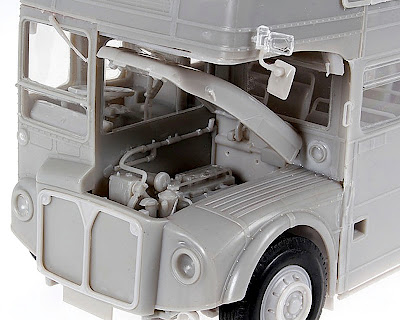 Lots of detail
The test-shot pix show that the Revell model engineers have worked hard on getting this big bus kit just right. It looks good, especially the excellent detail in the driver’s cab, the diesel engine, and rear entrance. There are 150 components, and fully-built, the RM will measure 286 mm (11.25 in) long. 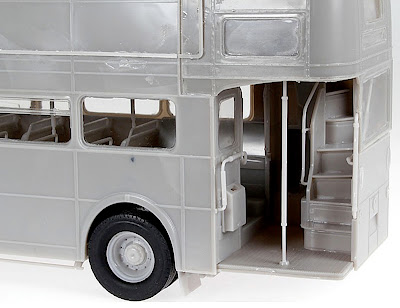 Looking inside
Inside the bus, vertical handrails are included as are the built-in grabrails on every seat back. The step-on step-off open platform looks accurate and comes with the waste bin for used tickets, and the stairwell 'glory hole' used for storing awkward items such as cases and pushchairs. 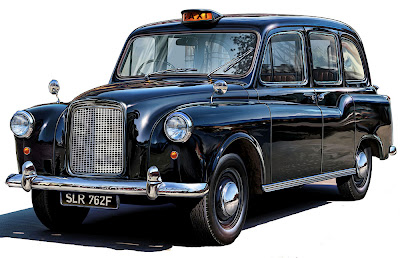 FX4 London Taxi
The black cab is the FX4 type, famed for its tight-turning abilities. The kit has 68 components and measures 201 mm (7.9 in) long, representing the 1958 version. There's a separate chassis, a single-piece body, and the kit comes with chrome bumpers, grille and other bright parts. Licence plate decals are included.

Red, black, or something else?
You can complete either kit in classic red and black, but there are countless markings to choose from if you feel like something different. We'll stick to those familiar old shades though - they're just too good to miss. 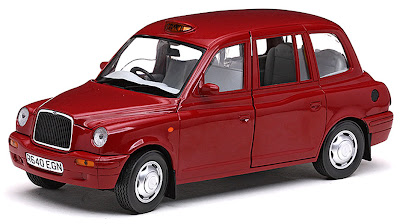 Sun Star also has a later-model 1:24 diecast London taxi (above), so whether you fancy a kit or a diecast, there's plenty of choice.

Have a look at Sun Star’s handsome 1:24 RT double-decker here.