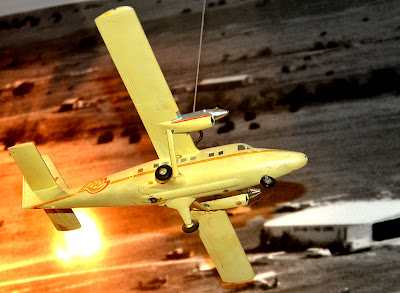 Weekend read from Mat Irvine:
It’s probably a bit obvious to say that you see aircraft at an airport, but more to the point, many airports also display aircraft models.

Military-civil combo
One such, which I passed through recently, is Killeen-Fort Hood Regional Airport, Texas. It’s a military/commercial joint-use airport, in which one section is used by the Fort Hood military reservation, and there’s a check-in desk for arriving soldiers on the first floor of the terminal building. 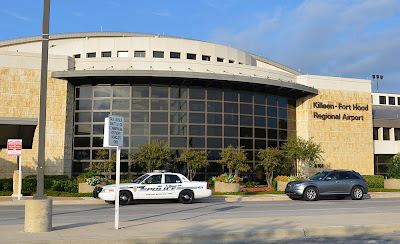 Big enough for jumbos, small enough for models
Being regional, Killeen-Fort Hood is not a large airport, although its single runway is long enough to take a Boeing 747. Commercial operations are mostly to link with larger airports, like Dallas Forth Worth to the north, using turboprop aircraft such as the ATR-72. But, apart from standard passenger facilities, the departure hall also features a number of model aircraft hanging from the ceiling, and in cabinet displays. 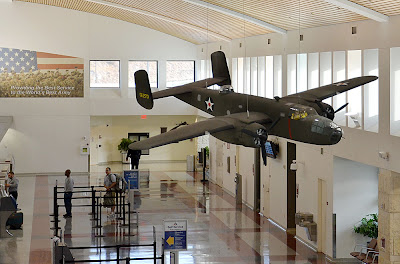 Robert Gray Army Airfield
The military side of the airport is named in honour of Killeen native Cpt. Robert M. Gray of the US Army Air Corps, and Sgt. George Larkin, after whom the airport’s Deployment Terminal is named. Gray and Larkin flew on the famous ‘Doolittle Raid’ on Tokyo, in April 1942. Sadly, both were subsequently killed six months later, when their B-25 Mitchell bomber crashed in Burma. To commemorate their loss, a B-25 scale replica (above) hangs on display from the airport ceiling. 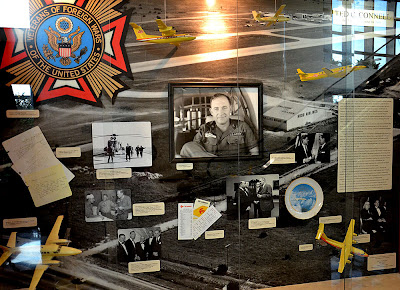 Fly Rio Airways
If you pass through Killeen-Fort Hood with enough time to look, there are also displays (above) that relate to another local, Ted C. Connell, who died in 2001. At various times he was Mayor of Killeen, served as aide to President Lyndon B. Johnson, and also owned Rio Airways, a regional operator that flew out of Killeen’s old municipal airport, now known as Skylark Field. 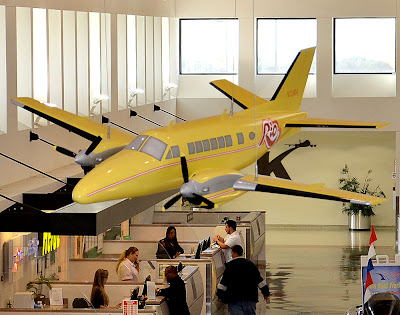 Rio fleet choices
The display shows models of various aircraft that Rio flew from 1970-87, when it ceased operation. You can see Piper Cherokee Six, Twin Beech Model 18, and the de Havilland Twin Otter (top pic in article) and Dash-7 aircraft that Rio flew after 1977. Another ceiling-hanger is this half-scale Beechcraft 99 (above), finished in Rio’s trademark yellow paint and swirly logo. 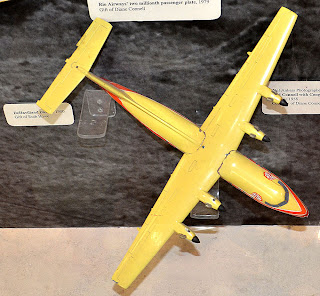 SMN note: Mitchell bomber kits
Seeing that B-25 hanging from K-FH's ceiling reminded us that the North American bomber has always been a popular scale model choice, and remains so today, with a wide choice of kits available, especially in 1:72 and 1:48 scales. The attractive model shown below was crafted by US modelmaker ‘vlambo’, a long-time modelmaker who came third in the one and only competition he entered. SMN says, maybe you should enter some more competitions vlambo, and thanks for the pictures! 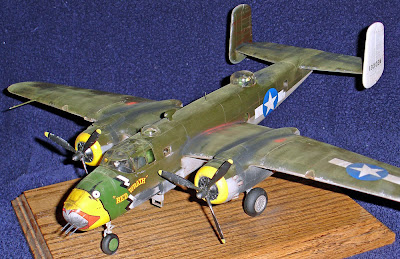