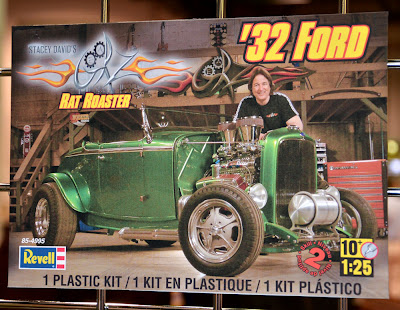 Here’s a look at Revell-Monogram kits for release in 2012. I’ve previously  mentioned the recreated Renwal Blueprint series, with the futuristic Teracruzer and Mace missile, but there’s much more coming down the line. 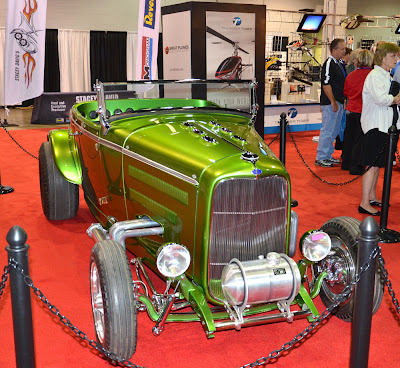 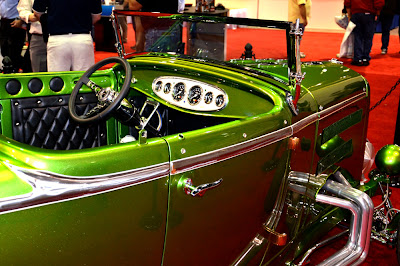 Car kits
First up, the lime-green 1932 Ford 'Rat Roaster' (above) shown at October’s International iHobby Expo in Chicago was a taste of things to come, as the car will soon be released as a brand-new 1:25 scale kit. In fact, there’s a feast of US wheels coming our way, as the Rat Roaster will be joined by a 1950 Oldsmobile Coupe, representative of an automobile marque that has largely slipped through the running boards until now. This fully-detailed kit, seen as a test shot at iHobby, will have various build options, including the choice of finishing as a plain-Jane stock version, or hopped up as a mild custom. Both the Ford and Oldsmobile should be available early 2012. 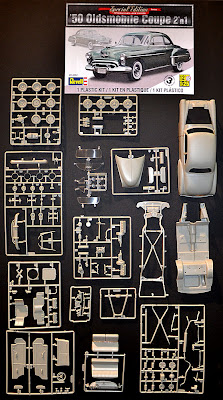 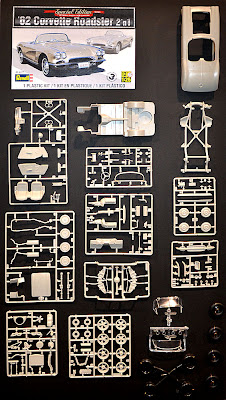 Metal to plastic Corvette
The 1962 Corvette will also be available around that time. It isn’t totally new, having been issued before, but it previously had a metal body, and was made as a ‘Route 66’ machine. The new kit will be all-plastic, but various updates should freshen it up. And there’s more, even if at first glance we seem to have had a 1957 Ford before, but not this version, the Ford Custom. This may seem very similar to other 1957 models, but is actually shorter, and with different details. 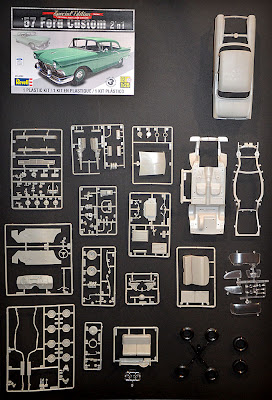 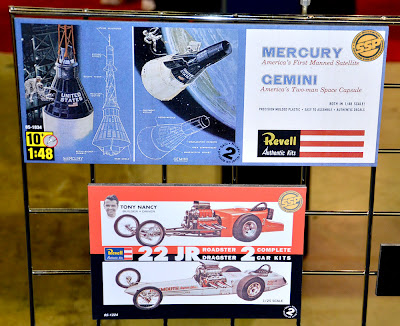 SSP two-packs
Amongst the SSP (Selected Subjects Program) releases will be two duo kits (above), the 1:48 scale Mercury and Gemini spacecraft, and a pair of deeply cool-looking 1:25 scale Tony Nancy dragsters. 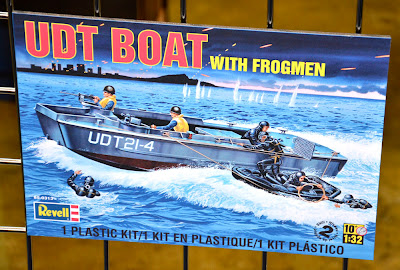 Underwater Demolition Team
For fans of things that float comes a reissue of the 1:32 scale UDT (Underwater Demolition Team) boat, complete with frogmen. This will be released as a Revell kit, as it was last time around in 1992, though it had started life as a Monogram kit, back in the early 1960s. Even then, it was very detailed and comprehensive, features which were typical of Monogram kits of the time. It was titled: ‘US Navy Frogmen’, and came complete with a five-man underwater demolition team, a rubber liferaft, and the UDT vessel. Now you still get the liferaft and figures - they have full scuba gear - but the UDT boat takes pride of place. As the kit is made to a standard scale, even if you don’t build it ‘as intended’, it could still be very useful as a supply source for a range of bits and pieces - support for other models you might have planned. 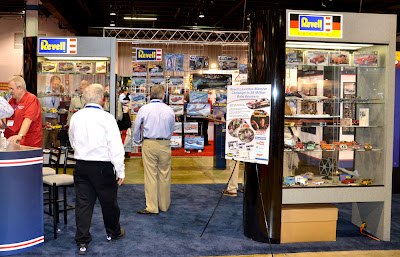 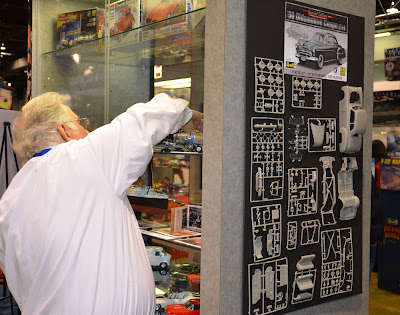